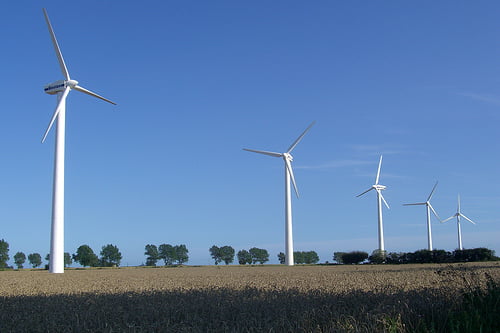 Investing in clean energy will bring about significant financial benefits, to the tune of around £1,600 per UK household, while also helping slash greenhouse gas emissions, according to the government’s official climate change advisers.

The Committee on Climate Change’s latest report, Next steps on Electricity Market Reform – securing the benefits of low-carbon investment, says up to £45 billion could be saved by developing renewable energy. This figure could rise to £100 billion if gas and carbon prices were increased.

Lord Deben, chairman of the CCC said the report also outlined that there were “very limited risks from investing in low-carbon technologies.”

He added, “In order to secure maximum economic benefit for the UK, it is crucial that the government gives certainty to investors by legislating to chart a clear course well beyond 2020.

“Only then will we be able to insure against the risk of much higher future energy prices; enhance Britain’s energy sovereignty; and protect ourselves against dangerous climate change.”

The implementation of a “well designed” decarbonisation target for 2030 is picked out as essential in providing investment certainty. Such a target has been backed by MPs, including Conservative Tim Yeo, and a number of high-profile organisations.

The CCC described this step as a “simple and direct way to reassure investors that the UK is a desirable market to invest in.”

The government’s energy bill, which gave partial certainty to renewable energy investors but lacked a decarbonisation target, is set to be reviewed by MPs in June.

In a statement, a spokesperson for the Department of Energy and Climate Change (DECC) said, “We agree with the CCC on both the need to invest in a portfolio of low-carbon technologies, and the need to reduce our dependence on imported gas which is the main factor driving up household energy bills.”

They added that the government had committed £7.6 billion to supporting low-carbon technologies between now and 2020.

Green groups have rushed to back the CCC’s calls for greater investment in renewables, with Friends of the Earth’s energy campaigner Guy Shrubsole saying the report “shows the total folly of [George] Osborne’s dash for gas”.

The chancellor’s budget statement in March sent out little support to the sustainability sector, instead offering tax breaks for shale gas developments, scrapping a rise in fuel duty and giving backing to more new roads.

Nick Molho, head of energy and climate change policy at WWF-UK, said, “Like quitting smoking now for the benefit of your long-term health, this report shows that shifting early to a low-carbon power sector is a no-regrets policy.

“It’s technically feasible, should deliver big savings to people’s energy bills and create promising growth opportunities in areas like offshore wind where the UK is an industrial leader.”