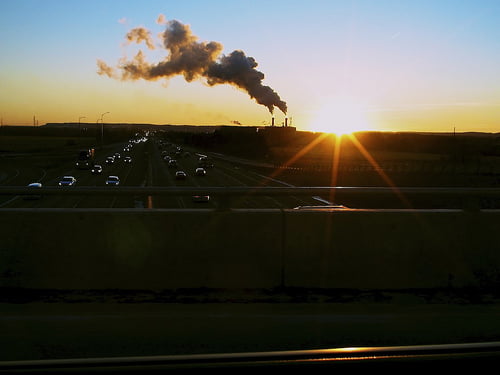 The Committee on Climate Change (CCC) has warned the government about a 10% increase in the UK’s imported carbon emissions and urged it to switch to low-carbon technologies.

The government’s official climate advisers said that despite the fact the UK’s domestic footprint had improved – emissions have decreased by 20% in two decades – there had been an overall 10% increase due to imported energy and the delocalisation of manufacturers.

The warning comes just over three weeks after the Department of Energy and Climate Change (DECC) released worrying statistics about the UK’s greenhouse gas emissions, which had increased by 4.5% in 2012.

David Kennedy, the CCC’s CEO said, “The focus on reducing UK production emissions remains appropriate, given that these form a major part of our carbon footprint, and given available policy levers. Clearly, we also need to reduce imported emissions.

The report, Reducing the UK’s carbon footprint and managing competitiveness risks, highlights the importance of clean technologies and also suggests that shale gas, which is a relatively low-carbon energy compared to conventional fossil fuels, could substitute imported gas.

However, it added that it should not be considered “a viable alternative to investment in low-carbon technologies in the power sector”.

Campaign groups have commented on the report, urging the government and the EU to take serious action.

“Ministers must come clean about our carbon emissions – it’s no good pretending they’re falling, when UK imports have actually caused them to rise”, Friends of the Earth energy campaigner Guy Shrubsole said.

Nick Molho, head of climate and energy policy at WWF-UK, noted, “The EU and the UK cannot afford a repeat of last week’s fiasco where the European parliament, aided by many Conservative UK MEPs, voted against a proposal to strengthen the appallingly low price of carbon in the EU.”

Meanwhile, the Confederation of British Industry (CBI) also stressed the seriousness of the matter, with Rhian Kelly, director for business environment policy, saying,“The report recognises the risks energy-intensive industries face to stay internationally competitive as a result of new energy and climate change policies, and underlines the need for support.

“This is crucial to allow these companies to play a key part in our low-carbon economy.”