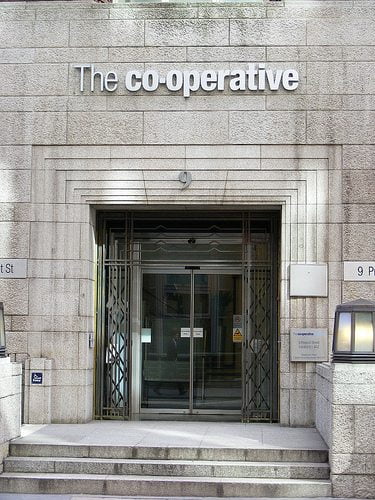 Members of the Co-operative Group voted unanimously in favour of implementing structure changes that will see a complete overhaul of the 150 year-old organisation.

Suggestions put forward by former city minister Lord Myners to change the group’s “manifestly dysfunctional” board were accepted at the AGM on Saturday. Once implemented, the reforms will replace the board members, all of whom are selected from the group’s various societies to represent its members.

Myners, who was co-opted in to conduct a review of the group’s management following the company racking up huge debts, subsequently quit in face of opposition to his reforms from traditionalist party members.

The board is currently made up of 15 lay members drawn from regional board and five from independent societies.

In one of the strongest indications of the weakness of the group, interim chief executive Richard Pennycock said that debt interest payments were now costing the group around £100m a year.

He said “That’s £100m we could not invest to make our food stores better.”

“£100m we could not share with our members. £100m sucked down in the City of London rather than staying in the communities where our members live and work.”

The chairman of the group Ursula Lidbetter said that “stringent reforms” were necessary if the group is going to survive, adding that “2013 was a disaster waiting to happen”.

The troubles started following the emergence of the collapsed deal to buy more than 600 Lloyds branches, revealing a shortfall of around £1.5bn in the balance sheets. But the bank is now estimated to owe around £2.5bn to creditors.

Lidbetter said,”We may like to think that we control our business, but because of our level of debt, the banks have more say in what we can do than any of us here. How tragic a situation is that?”

The groups reputation has since been marred by a number of scandals, including the former chairman of the bank being prosecuted for drug offences. Details of the former chief executive, Euan Sutherland’s remuneration package, worth around £3.6m, were also leaked to the Observer sparking outrage.