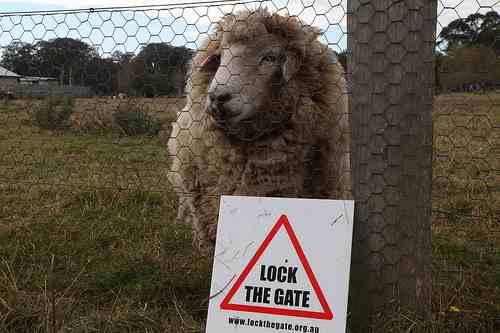 A founding shareholder of Dart Energy, which works in the unconventional gas industry, is demanding the troubled company removes a number of board members. The company has recently faced frozen banking facilities.

In a letter to fellow shareholders, New Hope Corp Ltd, which owns 16.4% of Dart, called for the removal of board members following the company’s poor performance, in a bid for the company to “get back on track”.

The letter described “a sad and long history of the Dart Energy board’s failures to deliver on stated strategy and objectives”. New Hope also demonstrated the company’s financial difficulties describing itself as a “patient long-term shareholder despite a total shareholder return of negative 49.3% over the last three years”.

Responding to the letter, Mary Church, head of campaigns at Friends of the Earth Scotland, said, “In the forthright criticism of Dart Energy’s financial performance, New Hope outlines the stark reality for fellow shareholders that their money has been going down the drain in the last few years.”

In April, Dart announced that it was undertaking a restructuring, cost-cutting and refocusing programme, which included cutting its workforce by 70%. According to campaign group Frack Off, over the last six months the company has sold its Chinese assets for a $12m loss and sold a piece of its UK portfolio for £425,000.

Shares in Dart Energy were suspended from trading in Australia in August whilst the company attempted to fundraise. A $90m loan facility with HSBC was also frozen due to delays in securing planning approval for its coal-bed methane project at Airth, Scotland.

Church added, “Simply replacing a few board members won’t be enough to turn Dart Energy’s, and its shareholders’, fortunes around. Dart’s global hopes are pinned on its much delayed and controversial coalbed methane development at Airth, which faces strong community opposition and a complex, lengthy public inquiry process.”

Alliance Trust: why we like natural gas and our qualified position on fracking