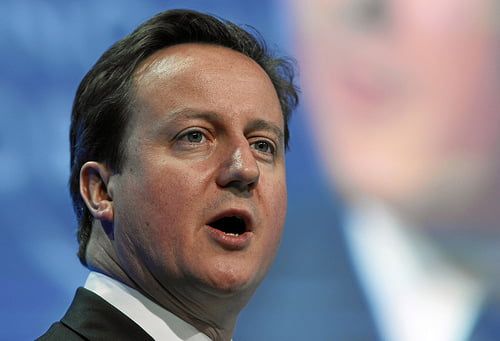 In his speech today, David Cameron rallied the faithful, attacked the opposition and attempted to reach a sceptical electorate. Our economy, the sixth largest in the world, is struggling. The prime minister needed to show leadership in setting out a vision for a sustainable recovery, laying the foundations for a more balanced and stable economy tomorrow. Did he deliver?

Yesterday, Greg Barker, minister of state for energy and climate change, said the Conservatives will not “burden” the economy to meet climate targets and put an end to the “gravy train” of green subsidies. It seems that the Conservatives are willing to “burden” future generations in not meeting climate targets and will continue the “gravy train” of fossil fuel subsidies.

Today, we wanted to see Cameron repudiate such wilful, misleading and errant nonsense. Instead, we wanted him to reaffirm his commitment to creating the “greenest government ever“. Of course, the United Kingdom needs a government that tackles today’s serious economic crises, public debt, deficit and entrepreneurial malaise. We also need one that honestly and openly addresses future environmental threats for our generation and those to come.

Instead, he said nothing about a sustainable recovery, balanced economy or anything else to do with the environment, apart from a disastrous relaxation of planning laws that currently protect our green spaces and two rushed mentions of renewable energy and the Green Investment Bank.

Our economic recovery depends on keeping the lights on, so let’s focus on Barker’s misinformation. The recurring myth is that renewables are “subsidy junkies“. Today we subsidise both fossil fuels (oil, gas and coal) and renewables (wind, solar, tidal, wave, hydro and biomass).

Here are the facts: for every household, we subsidise fossil fuels by £138 and renewables by £53 (OECD and DECC). For every pound of renewable subsidy, fossil fuels receive £2.60.

The fossil fuel industry means relying on increasingly volatile global commodity prices. We also need to import those scarce commodities from unstable regions in the world, where we will inevitably need to fight more wars to protect the supply chain. The renewable industry is home grown, limitless and means we can bring our troops home, permanently.

The fossil fuel industry pumps billions of tonnes of particulates into the air poisoning our skies and increasing respiratory, heart and skin diseases. The renewable industry is clean.

Dashing for gas is a fool’s errand as it remains a finite, polluting fossil fuel. Extracting it from shale means pumping millions of gallons of a toxic cocktail into the ground where we draw our water supplies from and causes the odd earthquake. It will also need massive subsidies to get going.

Mature industries, such as fossil fuel companies, probably should not be subsidised. Emerging and innovative industries should be. Innovation equals growth and we have the knowledge and natural renewable resources to create world-beating industries in clean technologies of energy efficiency and electricity generation.

Cameron ended his speech with a rallying patriotic call to arms.

“This is the country that invented the computer, defeated the Nazis, started the web, saw off the slave trade, unravelled DNA and fought off every invader for a thousand years.”

He could have added that we kicked-off the industrial revolution, established common law principles that are the basis for legislation around the world and introduced the right to trial by peers and habeas corpus.

It is a tragic failure of leadership that he neglected to commit our dynamic, entrepreneurial and innovative nation to leading a sustainable revolution, or even mention the environment at all.