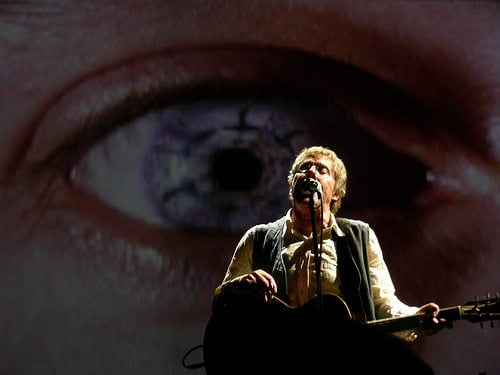 George Osborne unveiled significant changes to the UK pensions landscape in his budget on Wednesday. Hailed as a revolution and freedom for the common man, Julian Parrott argues the changes were in fact an illusory, Daily Mail-focused con.

Roger Daltrey may not have achieved his apparent desire to “die before I get old” but at least he has the multimillions derived from rockstar royalties, business and a highly rewarding touring circuit to fall back on in his dotage. Not for him the decisions about whether to take the tax free cash, annuitise or drawdown income from his pension. But to paraphrase Roger again, I issue a word of caution to his baby boomer fans and the many of us to follow – “Don’t get fooled again”!

George Osborne’s acutely political act of sophistry in his budget on Wednesday was part two of his idol Maggie Thatcher’s first introduction of pension ‘freedom’ in the 1980s. At the time, like today, some adjustments to the pensions structure were necessary but the centre piece of that legislation was the ‘freedom’ to opt out of your final salary scheme or move your pension fund to your own ‘personal fund’ and have ‘control’ over your future. This went hand in hand with the ‘freedom’ to reclaim State Earnings-Related Pension Scheme (SERPs) contributions from the state and put them in your own pot.

This new-found freedom was the first death knell of the late lamented final salary scheme and led directly to the pensions mis-selling scandals of the 90s. In fact, so bad were these reforms that the SERPs opt out were effectively cancelled some 10 years ago and Osborne’s proposals are consulting on the total ban of occupational pension transfers.

I hear a lot in the media about “taking the shackles off” and “freedom to choose”, but if life has shown us anything it’s the lack of financial sophistication and literacy that the general public have shown over years with their finances. That we have a massively under-saved population with an obsession for housing and a deep suspicion of pensions is undeniable – I have my doubts whether the proposals unveiled on Wednesday are the solution. I have already had my first enquiry for a pension ‘cash-in’ from a significantly under-funded client who could really do to save more not cash in.

The proposals demonstrate what a clever political operator Osborne is. The pension proposals appeal to the many but really only make significant impact on the few, and those few are the wealthiest. This is a Daily Mail budget proposal with a Financial Times impact.

The reality is that for those with small pension pots the ‘choice’ is illusory. With a small pot, there are limited choices about what they can do for an income. The cost, risk and complexity of a managed drawdown fund put it out of reach of those without other resources to fall back on.  The safe, secure income option other than an annuity is to draw an income form a deposit account. With interest rates at 2.5% for a three-year bond at best, that is well below what an annuity will offer you and inflation erodes your capital every year. The conundrum for any income-seeking capital investor is that if you need the income, you can’t spend the capital.

Annuities serve a purpose – to give people certainty over future income, a monthly payment to pay the bills. The annuity market has been changed dramatically, not by major life companies portrayed as celebrating at every early death of an annuitant (there is a cross subsidy factored into every annuity calculation) but by the impacts of free market capitalism. Most notably, the massive fall in gilt yields arising from the fallout of the financial crisis but also the cherrypicking of the very lives that help to cross subsidise the market by the enhanced annuity providers. For those with very strongly held, often faith beliefs, the need to draw a gilts-based annuity that benefits from others’ mortality will be welcome, but that was effectively there with drawdown anyway.

The winners, as ever, from these proposals are the wealthiest. The options to draw down and control the flow of money works well with individuals who already have enough money to live on and want to play the tax system with their income flows – perhaps funding with higher rate tax relief when incomes are high and drawing out at basic rate when incomes can be manipulated as low. With no compulsion to annuitise or for the pension pot to suffer 55% penalty charges on death, the pension now becomes a valuable tool in the hands of the planner for mitigation of inheritance tax.

It was politically unacceptable for the chancellor who, in opposition, promised a £1m inheritance tax nil rate band, but in these proposals he has gone a long way to introducing it by stealth.  All over the country, the wealthiest are engaged with their advisers as to how they can use this new-found freedom to pass this pot that has been built up on higher rate relief over to the next generation.

One thing is for sure, Osborne has caused “a big sensation”. Queue up for the Magic Bus.

Osborne is fiddling while the Earth burns: ‘extracting every drop of oil we can’