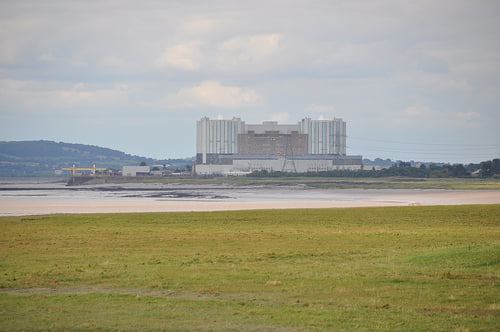 RWE and E.ON have pulled out of a joint nuclear power venture on “strategic grounds” that would have seen them install six gigawatts (GW) of reactors at two UK sites.

Horizon, the name of the project, is to be scrapped after nearly three years of planning. It is feared that the news could spark a negative reshuffle in the nuclear industry.

RWE and E.ON both cited the global economic crisis as a big factor in coming to the decision, as well as the “accelerated nuclear phase out” in Germany – where both companies’ headquarters are located.

Horizon chief operating officer Alan Raymant said that the team will “now focus on consolidating the progress made and working with our shareholders as they investigate the opportunities for new ownership”.

It is rumoured that French firm EDF Energy – another big player in the UK nuclear energy sector – is in line to take over the running of the sites at Wylfa and Oldbury, though nothing is confirmed.

The repercussions of Horizon’s demise ripple out much wider than the nuclear industry: UK energy policy could be affected, too.

“This seems to be virtually game over for new nukes in the UK”, said Friends of the Earth’s energy campaigner, Paul Steedman.

“With energy firms abandoning plans for nuclear across Europe, the Government should end its fixation with a technology that has always delivered late and over budget, on the odd occasion it has delivered at all.

“The Government must now listen to the overwhelming majority of people who want the UK to turn to the plentiful clean energy sources from the wind, sun and sea on our doorstep, which would create thousands of jobs.”

“Renewable energy is cheaper, proven and reliable. It assists with security of supply, creates more jobs, the fuel doesn’t run out, and there is no need to find permanent storage for wastes, which must be isolated indefinitely.

“Government is bending over backwards to assist all other energy sources, including gas, which it has just exempted from the emissions performance standard for the next thirty years. In contrast it seems lukewarm on renewables.”

Indeed, the level of subsidy given to the nuclear power industry is constantly under scrutiny. According to Energy Fair: “Several of these subsidies are so large that withdrawal of just one of them would make nuclear power entirely uncompetitive”.

One such subsidy is the low requirements for insurance against disaster. The Washington Post wrote in January 2011, “From the U.S. to Japan, it’s illegal to drive a car without sufficient insurance, yet governments around the world choose to run over 440 nuclear power plants with hardly any coverage whatsoever”. Certainly, the events at Fukushima over the last year will have given many governments cause to reconsider this particular area.

George Osborne’s budget statement earlier this month lacked a strong agenda for renewables. Instead, he focused on increasing the UK’s reliance on gas, stating that gas can meet our energy needs.

Several days later, a gas leak at a North Sea rig stole the headlines and brought the UK’s gas-powered future into question. The cancellation of the Horizon project, though good news to some, does take us one step further away from reducing our dependency on fossil fuels.

And while the nuclear debate will no doubt continue, it is clear that the UK must seriously reflect on its future energy mix. When all things are considered, embracing renewables, particularly in the UK, makes a great deal of sense.

Read our report, The Rise of Renewable Energy, for a deeper look at the renewable sector.

We also recommend visiting Good Energy, the UK’s only 100% renewable electricity provider, who can help you connect your home or business to a clean energy source.