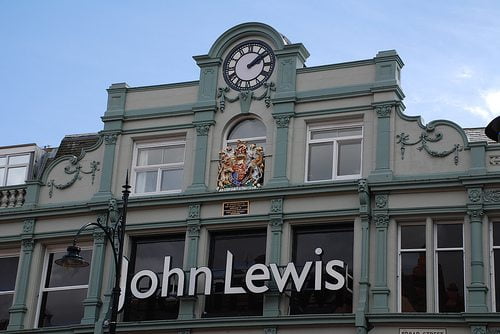 High street store John Lewis has reported a 6.9% increase in like-for-like sales to £734m in the five-week period to December 28. The positive figures are in stark contrast to the challenges many retailers have faced.

John Lewis’ success is in stark contrast to that of department store rival Debenhams. Debenhams released a profit warning after Christmas sales failed to live up to expectations, leaving the store with excess stock that will need to be sold at discount prices.

John Lewis is renowned for placing a strong emphasis on sustainability and responsible business. The high street chain is employee-owned, giving staff a voice in the decision-making process and a share of the profits. In November it made the top 10 in a list of the most sought-after employers.

The business has also recently taken steps to improve its own energy efficiency and that of its customers. In September, it was announced by energy secretary Ed Davey that John Lewis would trail a new labelling system that would show consumers how much they can save with energy efficient products.

More recently, the department store reached a deal to begin buying electricity from independent generation projects managed by SmartestEnergy, in order to cut emissions across their supply chain. A number of stores will now be powered by 100% renewable electricity.