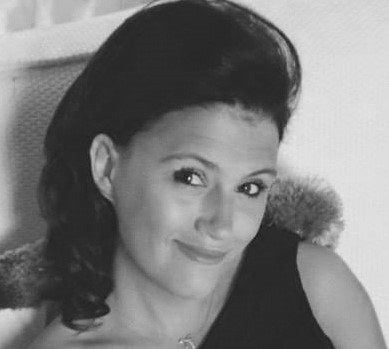 Ella Robertson is the Managing Director of One Young World International – organizing conferences around specific themes for young leaders in order to generate positive change. One Young World hosts speakers such as President Bill Clinton, Archbishop Desmond Tutu and President Mary Robinson to inspire young people to be the change they want to see in the world – with over 196 countries represented at its annual global Summit, One Young World is the most international gathering of young people other than the Olympics. Ella studied English at Balliol College, Oxford, where she was on the standing committee of the Oxford Union. In 2010, she represented Scotland at the World Debating Championships in Doha. She speaks to Blue & Green.

In 140 characters or less, what is the One Young World Environment Summit?

What was the driver for creating the One Young World Environment Summit—what gap does it fill?

One Young World has been hosting annual conferences since 2010, bringing together figures such as President Clinton, Kofi Annan, Desmond Tutu with up to 1,300 young leaders representing 196 countries—in fact, we are the most international gathering of young people other than the Olympics. In addition to our global summit in Ottawa this year, we will be hosting two more focused events—the environment is an area that young people are most concerned about, so we thought we’d start there.

This will be a conference unlike any other environment event this year (as Bob Geldof once said, One Young World is not a talking shop)—you will definitely see tangible actions emerging from this event. The University of Arizona’s Biosphere 2 will provide a completely unique backdrop for these discussions—for example, a workshop on water scarcity will take place in the desert biome, while delegates who want to explore how we can reduce the amount of micro-plastics in our oceans will actually be able to snorkel in the “ocean” inside the Biosphere.

The event is for anyone aged 18 to 30 who is active in the environmental arena and feels they have ideas ripe for collaboration with other young people. We already have scientists, activists, corporate sustainability professionals and environmental journalists registered, so it’s going to be a very diverse group.

What difference does the One Young World Environment Summit want to make?

We want the participants to come out of this summit armed with the knowledge, connections and motivation to be the change they want to see in the world, especially when it comes to environmental issues.

People often feel overwhelmed when faced with issues as large as climate change or ocean pollution. Even people with the brightest ideas often don’t know where to start in order to implement a successful plan of action.

The 7,000 One Young World Ambassadors (i.e., our alumni community) around the world are able to advise each other, connect with each other and collaborate in order to get projects off the ground. Since 2010, our community has impacted more than 8.9 million people around the world.

We also receive incredible support from our One Young World Counsellors—global leaders from around the world who take the time to speak to and mentor our community. For example, right now we are running the Mary Robinson Climate Justice Prize, for which President Robinson (who just chaired the COP21 talks) will mentor the shortlisted candidates. Similarly, Nobel Prize Laureate Professor Muhammad Yunus personally addressed and selected the winners of our recent social business competition in Thailand. Both of these competitions also involve connecting winners with funding—so, One Young World is empowering young leaders in many ways.

The coming generations are going to be heavily affected by the (in)decisions and (in)actions of current generations in power—so, two questions …

A) Is the action of older generations who are in leadership positions commensurate with the challenges your generation will face?

No. Incumbent leadership is overlooking the needs of today’s young generation. We need young people’s concerns to be taken much more seriously by people in positions of power, and that doesn’t just mean politicians—CEOs should stop worrying about how to sell to millennials and focus on building businesses that create a sustainable future Similarly, the media need to engage with young people with much more rigour and give young people’s views serious platforms.

B) If we could make you “President of the World” with absolute executive authority, what one thing would you enact to make the difference required for future generations?

I think youth unemployment is one of the greatest threats, not just to my generation, but to all world economies. Since we’re talking about the environment, I would focus my attention on investing in green jobs and arming young people with the skills to transform industries and innovate new solutions to protect our planet.

How can people—individuals and organisations—find out more about the One Young World Environment Summit?

Our website has all the information you need. Our Facebook page and Twitter account will also provide regular updates. If you want to see what our community is doing around the world to impact the lives of other people, I recommend watching this short film.
Last year saw Paris host the COP 21 talks, which have been hailed as a success, do you think young people feel optimistic about political action on climate change at the moment?

Our #CallOnCOP Campaign, which took place ahead of Paris, featured 196 messages from 196 countries as well as videos from Kofi Annan, Paul Polman and other leaders. It showed that young people were frustrated with the lack of bold leadership prior to Paris—COP21 definitely paves the way for a more positive political action but will need to be implemented properly in order to be successful. At the One Young World Environment Summit, we will be hearing from the president of the Kyoto Protocol, analyzing what went wrong in the past and how we can avoid the same mistakes with the Paris Accord.