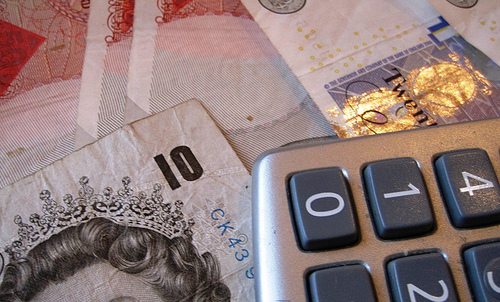 Ethical and sustainable investment funds have generally performed better financially than their mainstream counterparts in the last 12 months, according to new research.

Moneyfacts says that the average ethical fund delivered returns of 24% in the last year, compared with the 18% growth displayed by the average non-ethical fund. UK index trackers (23%) and the FTSE 100 (18%) were also found to be lagging behind.

Meanwhile, over a three-year timeframe, ethical funds grew on average 36% against a 31% growth in the conventional fund market. Moneyfacts adds that after five years, there is “very little difference” in performance.

The results will go some way to dispelling the often-cited myth about ethical and sustainable investment being synonymous with lower returns for investors.

Richard Eagling, head of investments and pensions at Moneyfacts, said the sector had “clearly benefitted from [its] lack of exposure to unethical sectors such as mining, oil and gas and tobacco, which have been amongst some of the poorer performing areas of the market over the last 12 months.”

While many funds use negative exclusion as their primary investment strategy – screening out unethical sectors such as tobacco, alcohol and pornography – the momentum in the market is shifting towards positive selection and sustainability. Investing in industries and companies that actively seek to tackle and profit from key environmental and social challenges, such as renewable energy and clean technology, is a growing approach among fund managers and investors.

Raj Singh, programme director at the UK Sustainable Investment and Finance Association (UKSIF) – which co-ordinates National Ethical Investment Week in October – said, “These figures not only demonstrate a consistently healthy appetite for green and ethical investment options, but provide further evidence that investors need not sacrifice good returns when following their values.

“The survey underlines much of what UKSIF has been saying all along: ethical funds deliver both profits and principles and many funds are outperforming their non-ethical competitors.”

Despite the encouraging short-term performance, there are questions about how ethical and sustainable investment has fared financially over a longer period. The Moneyfacts research says that over a 10-year timeframe, ethical funds grew 56% – less than half the 128% growth of the mainstream sector.

However, it is suggested that this could be down to the fact that emerging markets – which have led much of the short-term growth – do not have funds with decade-long performance records available.

Mark Dampier, head of research at Hargreaves Lansdown, said, “The truth remains that over the shorter and indeed 10-year slot, mid and small-caps have been on fire. To get a genuine idea of good stock picking you need to work out an expected return. Anything over this would show added value, underneath subtracting.”

He added, “I have no problem if investors wish to invest on a particular basis. Years ago I had some who wouldn’t buy into Japan – they had been prisoners on the Burma railway. They fought a war so we could have the choice.”

One of the best performing ethical funds over a 10-year period, however, is the Ecclesiastical Amity International Fund, which grew 188% in that time. Its aim is to “invest in companies whose products and practices are helping to build a safer, cleaner, better world”, with some of its largest holdings in the likes of Ezion, GlaxoSmithKline and Vodafone.

Another good performer over the long-term is the Kames Ethical Equity Fund, which has posted gains of 199% over 10 years. The fund’s manager Audrey Ryan said it had “gained from the underweight in resources and overweight in consumer services and industrials”.  Its lack of exposure to the banks and tobacco were also highlighted as a key driver behind its strong performance.