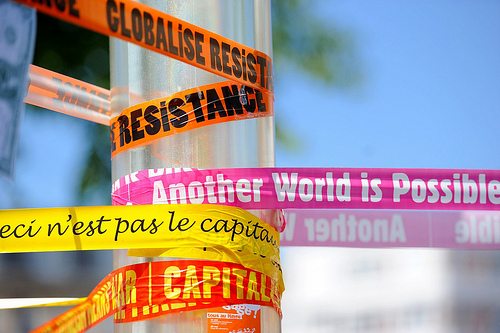 G8 2013: Syria, tax and impact investment on the agenda

Leaders from eight of the most powerful nations in the world have begun two days of talks in Northern Ireland, where they will discuss such things as tax transparency and the Syrian conflict as part of the annual G8 summit.

The UK is hosting the Group of Eight (G8) meeting for the first time since 2005, with discussions being held at Lough Erne in County Fermanagh. The leaders of Canada, France, Germany, Italy, Japan, Russia and the US will also be in attendance.

In an exchange of letters with Pope Francis, David Cameron recently said he would “aim to help secure the growth and stability on which the prosperity and welfare of the whole world depends” through the event.

On the agenda will be negotiations over Syria, which Cameron and Russian president Vladimir Putin have disagreed on in the past. According to the Financial Times, during discussions between the two men on Sunday, Putin said Russia was “supplying arms to the legitimate government of Syria in line with international law”.

However, both are said to want to end conflict in the region.

Issues surrounding tax, trade and transparency, as well as social impact investing, are also on the table. The UK Sustainable Investment and Finance Association (UKSIF), the sustainable investment industry’s trade body, has welcomed the inclusion of both topics, and urged leaders to make progress in encouraging long-term responsible investment.

“We hope that G8 leaders will return from the summit and strengthen their dialogue with the responsible investment community on how best to utilise key movements such as social impact investing to reshape capital markets for a more sustainable future.”

In the run-up to the G8 summit, Cameron has been vocal in promoting social impact investment. He said in a speech that it was “a great force for social change on the planet”. Meanwhile, last Friday, the Department for International Development (DFID) revealed two new measures to help promote impact investment in the UK.

Discussions around tax transparency come after a number of big brands were found to have paid very little corporation tax, despite making billions in revenue. The anti-poverty campaign group Enough Food for Everyone IF claimed last week that global hunger would be eradicated by 2025 if G8 leaders clamped down on tax avoidance. IF spokesperson Melanie Ward called on attendees “to [make] public and automatically [share] the information poor countries need to collect their missing billions.”

Friends of the Earth’s executive director Andy Atkins said, “G8 policies are not only failing to tackle major international crises like climate change, world hunger and the trashing of our natural resources; they often make them worse.

“Proposals at this year’s summit would accelerate corporate control of the world’s food system and do little to end our fossil fuel addiction.

“The world’s richest nations must stop pursuing economic growth at any cost and build economies that allow us all to live sustainably and equitably within the planet’s limited resources.”