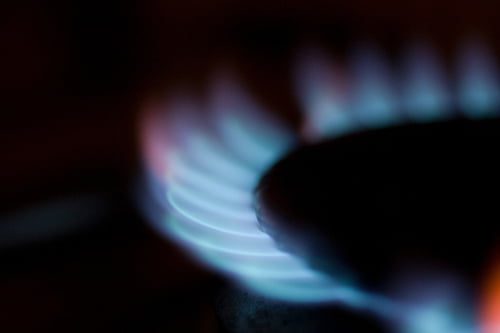 The Financial Services Authority (FSA) and the energy regulator Ofgem are investigating allegations from a whistleblower that the gas market has manipulated wholesale prices.

Speaking to parliament this afternoon, energy secretary Ed Davey said, “Market abuse is always wrong – but at a time when people and companies are struggling with high energy bills, the country would expect us to take firm action if these allegations prove true, and we will.

“These allegations of market manipulation are being taken very seriously. We will support the regulators taking whatever steps necessary to ensure that the full force of the law is applied, if they are true, so that any guilty parties are held to account.”

Davey confirmed that the Department of Energy and Climate Change (DECC) and the Treasury were informed of the allegations last week, before adding that the FSA and Ofgem had “already committed significant resources” to investigating the claims.

The whistleblower – a former ICIS Heren employee – said that a number of gas dealers had manipulated the bidding process around the time that the sector was setting wholesale gas prices, and the inquiry echoes the Libor scandal that engulfed the banking industry over the summer.

Angela Knight, chief executive of Energy UK, the trade body that represents energy suppliers, agreed that the claims were “serious” and therefore must be “investigated swiftly”.

She said, “The gas market is an international one with many overseas companies trading on it as well as organisations that are not energy companies.

“Our members will all cooperate fully with the regulators and others. Customers need to have confidence in markets and authorities need to have the powers to regulate well and take action if required.”

Analysis from Consumer Focus earlier this year broke down the fuel mix of the biggest energy suppliers in the UK. On average, it found that gas made up 44% of suppliers’ mix in 2011 – up 1% from 2009. Npower, SSE and Ebico all derive around 60% of their energy from gas.

The green campaign group, Friends of the Earth, today urged the government to rethink the structure of the energy market.

“Price fixing claims like these highlight the urgent need to overhaul our energy system to make it clearer, fairer and cleaner”, said head of campaigns Andrew Pendleton.

“Friends of the Earth raised concerns over our broken energy market a year ago and called for a public inquiry, which the government turned down. We’re reiterating that call today.

“Britain’s heavy reliance on imported gas for our electricity is driving up fuel bills – and the chancellor’s reckless dash for gas will make matters worse.

“With the energy bill expected next week, ministers must seize the chance to end the nation’s gas dependency and open up the market to a wider range of smaller firms generating affordable and clean British energy.”

The manipulation claims mark the latest in a long line of controversy associated with the gas market. Last year, analysis by researchers at Manchester University accused the big six suppliers – British Gas, EDF Energy, SSE, Southern Electric, E.ON and Npower – of profiteering and infiltration of governmental departments, while a Greenpeace report from April slammed the investment trends of the UK’s biggest energy providers, saying that they didn’t display enough emphasis on clean power.

DECC is expected to announce its energy bill later this month.