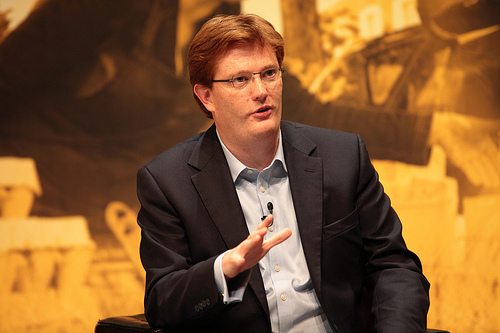 On Wednesday, George Osborne announced £100 billion of investment in infrastructure. A day later, his deputy Danny Alexander detailed the plans, calling them “the most comprehensive, ambitious and long-lasting” ever.

In what amounted to a re-announcement of already announced capital expenditure, the chief secretary of the Treasury stated that the government’s plans put “long-term priorities before short-term political pressures”. The full speech can be read here.

Amid what Alexander’s shadow, Chris Leslie, called “hot air”, were claims of the biggest public housing programme for 20 years, the largest railway development since Victorian times and the greatest investment in roads since the 1970s.

Investment in affordable housing is essential and is further development of, and investment in, the railway network. As for building roads, we refer to the Journalist’s Resource website:

“The possibility of a link between road capacity and traffic volume was first proposed in 1962, and research continues on the subject. A 2011 study published in The American Economic Review, The Fundamental Law of Road Congestion: Evidence from U.S. Cities, looks at city-level traffic in the continental United States to explore the relationship between road capacity and congestion.

“’Our results strongly support the hypothesis that roads cause traffic’, the researchers conclude. Consequently, expansions in road capacity are an ineffective tool for combating traffic congestion. The authors suggest that congestion pricing — currently used in cities such as London, Stockholm and Singapore — is the best approach.”

In the face of overwhelming evidence, certain politicians take a contrarian view on transport policy and continue to pursue vote-winning road expansion programmes which will only made congestion and pollution worse.

The main funding commitments include:

– £30 billion rail investment, including 850 miles of railway to be electrified

– £10 billion to clear a “backlog” of school building repairs

– £150m for health research including into dementia

Nick Prior, head of infrastructure at Deloitte, the consulting firm, said there was little in the speech that had not been announced already.

“Most of the measures and money announced will not take effect until 2015 or beyond”, he said.

“The construction industry and the broader economy will be disappointed in today’s announcement as we will only see an economic boost when the shovels hit the ground on these projects.”