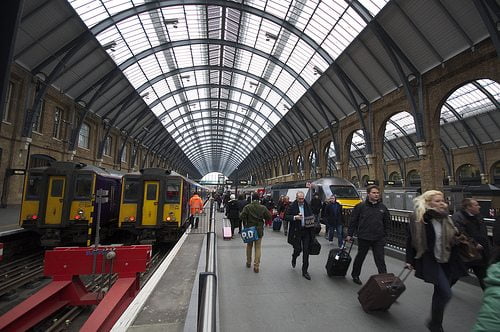 The controversial multi-billion pound HS2 rail line has come in for further criticism, after an influential business body described it as a “grand folly”.

The Institute of Directors (IoD) has called for the project to be scrapped, after a survey of its members found that just 27% thought HS2 represents good value for money.

Simon Walker, director-general of the IoD, said, “Businesses up and down the country know value for money when they see it, and our research shows that they don’t see it in the government’s case for HS2.

“The IoD cannot support the government’s current economic case for HS2 when so many of our members are doubtful of the benefits. We agree with the need for key infrastructure spending, but the business case for HS2 simply is not there. The money would be far better spent elsewhere and in a way that will benefit much more of the country.”

The details for the second phase of HS2 were revealed in January. The government said the high-speed rail network, which will connect Birmingham, Manchester, Leeds and the East Midlands, would cost around £32 billion. However, this figure increased to £42.6 billion in the spending review in June.

The first phase will join Birmingham to London and reduce journey times by half. It’s estimated that some 100,000 jobs will be created during the process. The government also claims that HS2 will generate £48.2 billion in user benefits to businesses when completed, as well as £15.4 billion in wider economic benefits.

The chancellor George Osborne said the network would be “the engine for growth in the north and the Midlands”. However, the IoD survey showed that businesses around the country expect London to benefit most.

Stop HS2 campaign manager Joe Rukin said, “The IoD are another independent organisation in a very long line of groups which, if the government’s claims about HS2 stood up to scrutiny, would be supporting HS2, but they are not because the entire case for HS2 has been completely fabricated.”

Last week, a report released by the thinktank the Institute of Economic Affairs (IEA) claimed the project could actually cost the government over £80m.

Meanwhile, former chancellor and current Labour MP Alistair Darling said that even though he had supported the project initially, “the facts have changed”, causing him to change his mind.