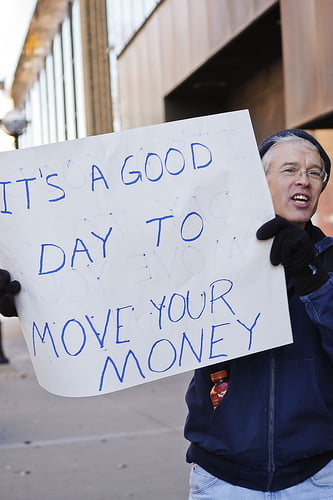 At a time when the national headlines are dominated by scandal and misdemeanour within the mainstream banking sector, more people than ever are reviewing ethical options, according to one of the UK’s leading ethical banks.

In the last week, Triodos Bank, which provides 40,000 ethical accounts in the UK, witnessed a 51% surge in account applications. On Monday, a day before Barclays chief executive Bob Diamond handed in his resignation, the bank opened three times as many accounts compared to an average day.

Meanwhile, visits to the bank’s website increased by nearly a quarter in the last seven days, and phone enquiries increased by over a fifth.

And according to Triodos’ UK managing director Charles Middleton, increased interest in ethical options is something that the banking sector is seeing across the board.

“Now that people are prompted to think more consciously about their money and realise its potential to do good or bad, we believe things will start to change at a more fundamental level too”, he said.

“Switching current accounts is all very well, but the power for people to really effect change in the banking system lies in what people do with their savings.

“If people moved their savings away from banks who say very little about what happens to their money once invested, to banks that in fact do the opposite and make a virtue of telling depositors how their savings are being used, UK banks would have to sit up and take notice.

“They would no longer have the financial support to be able to do all these things that have got them into the mess they are now in.”

According to a recent study by the Global Alliance for Banking on Values, a coalition comprising 15 of the world’s most sustainable banks, including Triodos, adopting good morals and ethics is financially beneficial. The report insisted that ethical or sustainable banks were outperforming their mainstream counterparts.

Triodos’ statistics from the past week or so imply that individuals are not only recognising the benefits of ethical banking, but are also acting upon it.

Blue & Green Tomorrow recently gave a voice to Emma Fay, a soon-to-be English teacher, who wrote a piece about why she personally switched to ethical banking. It’s an essential read for anyone who might be unsure about making the switch.

On top of that, look out for Blue & Green Tomorrow’s next in-depth report, The Guide to Sustainable Banking, which is set to be released at the end of July. In it, we’ll be outlining the sustainable options for your finances, and will be speaking with Triodos managing director, Charles Middleton, in more detail.