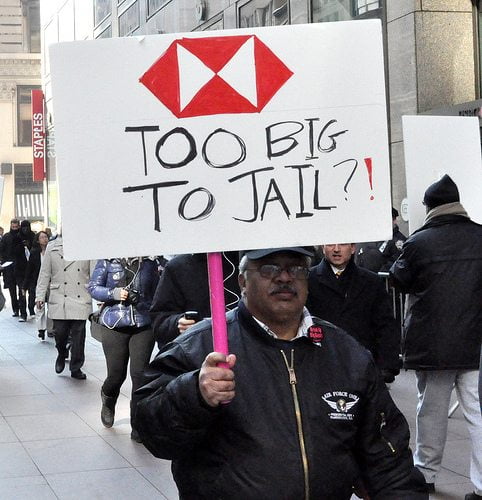 More than a third of financial services executives agree that their peers should be held criminally responsible for reckless behaviour, as this would be good for the industry as well.

Research led by professional services firm Kinetic Partners found that 35% of those working in banks, asset management firms and hedge funds believe that executives should be liable for misconduct of their employees – and eventually face criminal charges.

The same view was shared by 27% of workers in the so-called C-suite – corporations’ top senior executives. The strongest support for a criminal liability for executives was found in the UK – some 34% of respondents – while it was lower in the US (27%).

Those who disagree with the approach said that it could have a longer-term negative impact, while those in favour think it would benefit the industry.

Monique Melis, global head of regulatory consulting at Kinetic Partners, said, “As politicians and regulators respond to continuing public anger over the financial crisis and subsequent scandals, the threat of jail terms for those at the top of today’s financial services firms is increasingly real.

“The fact that more than a quarter of C-suite executives actively welcome such moves should give some confidence that the industry recognises that a culture of compliance needs to start at the top.”

Last year, the parliamentary commission on banking standards suggested in a report that bankers should be handed greater personal responsibility in case of misconduct, in order to change the banking system for good.

This would mean that in the most serious cases, bankers may face a jail sentence, which would make them “pause for thought” over future conduct, according to the commission.