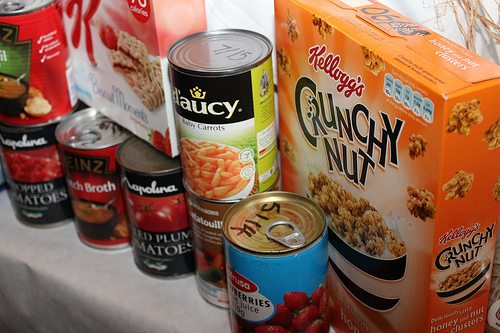 Local authorities across the UK are providing around £3m worth of support to local food banks, a BBC Panorama investigation has found.

According to the investigation, around a third of all councils across the UK have said that they have provided financial support to food banks. Those not doing so said they implemented other measures to tackle food poverty.

The Department for Work and Pensions (DWP) has claimed that it is now the responsibility of local authorities to provide support to the most vulnerable within their communities, and said that it has provided extra financial sources for councils.

The investigation comes just a week after bishops from the Church of England wrote an open letter to the prime minister, slamming the need for food banks and saying that the government’s welfare reforms were “failing” the vulnerable.

Sheffield city council recently allocated £20,000 of funding towards food banks in its area, but is implementing other measures to help address food poverty.

Labour councillor Jack Scott said, “We are allowing food banks to use council premises without charging for rent and are giving generous discounts on our allotment sites in order to help address these issues – we have managed to do this despite having our budgets slashed.”

Scott, who is a cabinet member with special responsibility for food poverty, told Blue & Green Tomorrow that one of the council’s major concerns was that the DWP was “incentivising” sanctioning people on benefits in order to make unemployment figures look better.

He added, “The DWP includes targets for sanctioning individual benefit claimants in some of their workers’ personal development plans. We’ve had a case where someone was sanctioned for ‘not looking for work’ because he was in a coma and a lady who was having chemotherapy.”

Scott agreed it should be the responsibility of local authorities to make provisions to tackling the issue of food poverty, but added that it was difficult to do so whilst budgets were being slashed by as much as 50%.

Birmingham city council however, which has 10 Trussell Trust food banks within the city, said that although it had not provided financial support to third sector organisations tackling food poverty, it had assisted in mapping out the food banks within the area and acts as a signposting service for those most in need.

The Trussell Trust says number of people turning to food banks has tripled since 2012, helping more than half a million people between April and November last year alone.