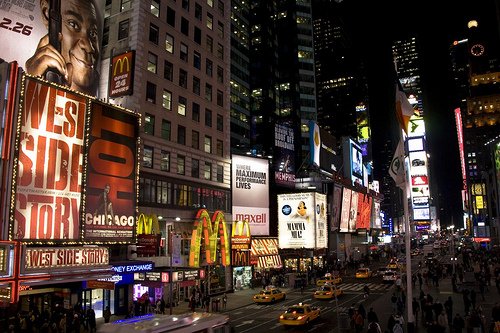 A study has said that New York City could be powered by energy from wind, solar and hydro technologies with intelligent and long-sight investment into renewables.

With an estimated population of over 8 million people, the big apple is the most populous American city, well-known for its frenetic and stylish lifestyle. It is hard to imagine then, how much energy ‘the city that never sleeps’ does need to function.

However, it could be that the answer stands with clean energy. A study by Stanford and Cornell universities has revealed that in just 17 years, the city might be run by renewables, by investing in solar panels and wind turbines.

NYC has recently made some significant steps towards a greener future, including investing $1m in a ‘green bank’ in the aftermath of Hurricane Sandy. It has also ardently promoted the MillionTreesNYC initiative, which wants to plant a million trees across the city.

Robert Howarth, professor of ecology and environmental biology at Cornell University, told the Huffington Post that talking about such an ambitious renewables target was fascinating but that it might be “way outside of the realm of what most people are talking about” at the moment.

But, he added, “We must be ambitious if we want to promote energy independence and curb global warming.”

According to the study, if New York changed its energy sources, which currently mostly comprises of fossil fuels, it could drastically cut its carbon emissions and pollution levels, saving $33 billion in related health costs.

Mark Jacobson, Stanford professor of civil and environmental engineering, said, “Converting to wind, water and sunlight is feasible, will stabilise costs of energy and will produce jobs while reducing health and climate damage.”