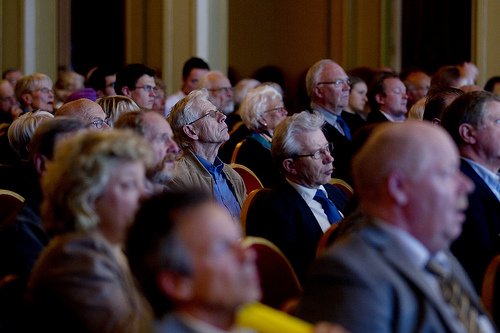 Forty-seven per cent of Britons who have savings or investments managed by an intermediary want to see greater transparency when it comes to shareholder voting.

The figures have been released as part of the inaugural Ownership Day – an event co-ordinated by the UK Sustainable Investment and Finance Association (UKSIF) to promote active ownership and stewardship among investors.

On top of nearly half of respondents who want their investment managers to be clearer on how they cast clients’ votes, one in three (33%) also called for better guidance on how to access voting details.

Meanwhile, 14% said they wanted their manager to provide up-to-date information on how votes are cast on their behalf.

“A focus on long-term ownership is in the interests of the owners of capital, the investment industry that manages it, companies and society – but many investors aren’t yet aware of how this investment strategy can protect and grow their assets”, said Penny Shepherd, chief executive of UKSIF.

“Active ownership, or stewardship, is all about using shareholder rights such as voting at annual general meetings (AGMs) to improve the long-term value of a company.

“The evidence shows that high-quality voting and engagement activities can create long-term value for investors; however the pension funds, insurance companies, financial advisers and private investors that drive asset management often do not demand this today.”

When asked what were among the most important issue for shareholders to raise at AGMs, over half (54%) of respondents in the YouGov survey answered ensuring executive pay was not excessive. Forty-eight per cent said fair tax contributions, while 35% said ensuring the supply chain was free of human rights abuses.

Ownership Day is set to be celebrated at an event at the House of Commons later today, where Lib Dem MP Martin Horwood and economist John Kay are set to speak.

Blue & Green Tomorrow is producing a Guide to Ownership – which includes insight from Penny Shepherd at UKSIF and James Gifford at the UN-backed Principles for Responsible Investment. The Guide will be published on Friday.