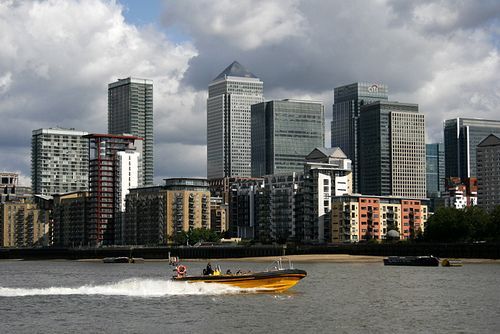 Accountancy firm KPMG has released a report, in which it claims that too much regulation on the big banks will curb growth.

The study shows that all five major UK banks – Barclays, HSBC, Lloyds Banking Group, the Royal Bank of Scotland (RBS) and Standard Chartered – are back on track in terms of their economic recoveries, but warns that the banking business model is “unlikely ever to be the same again” following the financial crisis.

According to the report, the first half of 2012 saw the five banks rake in combined profits of £16.5 billion. However, it says that return on equity remains at 10%, less than half of what it was before the crash.

It also questions whether these figures are sustainable, saying, “Recent economic data is positive, but the outlook remains uncertain.”

Barriers to growth include “excessive regulation” which the report suggests could damage the wider economy, saying that the “net impact has become negative.”

Speaking about the report, Bill Michael, head of financial services at KPMG, said, “The fear is that we will end up with a UK banking sector with very narrow choice, where individuals will not be able to get the products they need.  We have to get the balance right between prudence and growth.”

The report also suggests that changes in leadership can damage the health of the banking sector, forcing executives into focusing on the immediate survival of the banks rather than planning for a long term and sustainable recovery to growth.

A spokesperson from the Financial Conduct Authority (FCA), the independent body responsible for enforcing regulation in the financial industry, said, “It’s for the Treasury to look at regulation in its totality as to the question of over-regulation, we’re here to ensure confidence in the sector and are able to act quickly and effectively and use our judgement in the right manner to make sure consumers are getting the best possible service. This isn’t about over-regulation; it’s about ensuring the market functions as well as it can.”

Both RBS and Barclays refused to comment on the report.

Mark Carney: Finance that becomes disconnected from the economy is ‘useless’