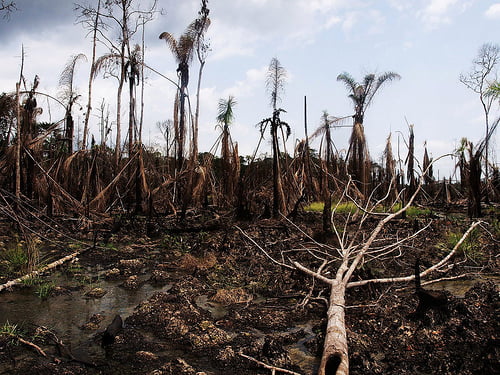 Oil investors could be exposed to “serious financial risk” if they fail to challenge multinational firms over their responsibility, a report by the University of Essex has said.

The study, called Corporate Liability in a New Setting: Shell and the Changing Legal Landscape for the Multinational Oil Industry in the Niger Delta, focuses specifically on Royal Dutch Shell but authors say it is relevant for other large oil firms, too.

It says that an improved legal landscape could see Shell face a number of lawsuits over its environmental impact and standards – when previously, its subsidiaries would often be forced to suffer the full brunt of the legislation.

The report adds that there is a notable disconnect between the responsibility Shell claims to hold and its actual practices.

“This is essentially a toolkit providing investors with the information they need to make informed choices about where they put their money, and show them how they can make a difference to the way companies such as Shell manage themselves”, said Professor Sheldon Leader, director of the Essex Business and Human Rights Project which published the report.

“The Shell Group has previously operated in foreign countries with an assumption that legal responsibility would be carried by its subsidiaries and that lawsuits for the most part would be heard before the courts in the countries where the oil is located.

“But legal principles are changing and they leave Shell’s parent company, Royal Dutch Shell, and other members of the Shell Group vulnerable. Large scale lawsuits could increase and more could be brought before courts in the EU and US for damage done in places such as the Niger Delta.”

The Niger Delta – an oil-rich region in Nigeria – is the focus of the University of Essex’s report. Researchers claim that local communities have been heavily affected by Shell’s operations in the area, and that many pipelines have been sabotaged by so-called “third parties”.

The study says that Shell is “still liable for failing to clean up and remediate the areas affected by the spillage”, despite perhaps not causing it in the first place.

Leader added, “This should cause shareholders great concern, not least because Shell emphasises its social responsibility, but also because increased litigation must raise questions about the company’s future financial liabilities.”

Investors and shareholders in Shell and other large oil firms are encouraged to take “a more proactive approach” to addressing the issues raised by the report.

Many green and ethical funds invest in fossil fuel companies – though admittedly generally not the likes of Shell, BP and Exxon – in order to effect change from the inside and to hold these firms to account for their environmental and social impact.