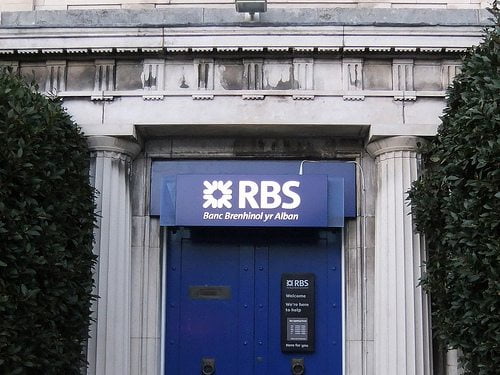 The Royal Bank of Scotland (RBS) could be implicated in another scandal, the outgoing chairman of UK Financial Investments (UKFI) has said. The potential penalties relate to the US sub-prime mortgage crisis.

The UKFI was set up in 2008 to manage the Treasury’s shareholding in banks that needed bailing out, including RBS and Lloyds.

Robin Budenburg, who is stepping down from his UKFI at the end of the year, said that mortgage trading had been identified as a potential issue and was currently an “outstanding” problem that has yet to be resolved. He added, “It is clear that the [Prudential Regulation Authority] is rightly concerned, as is the board of RBS, about these potential liabilities.”

At the beginning of this month, it was confirmed that RBS would not split into a ‘good bank’ and ‘bad bank’, despite MPs saying such a move would allow for a faster recovery.

Instead, RBS will create an internal bad bank in order to ringfence its bad assets. The new arm will manage around £38 billion of the bank’s riskiest assets with plans to remove them from its balance sheet over the next three years.

In the last year, RBS has been implicated in a number of scandals, including the Libor rate scandal. The bank was forced to pay over £390m to regulators in the UK and US for its part in fixing rates .

Additionally, the bank was fined £5.6m for inaccurately reporting more than 44m transactions it had made with other banks and non-retail financial services firms. The incorrect deals took place between November 2007 and February 2013 and represent more than a third of RBS’s transactions during the period.

In 2012, RBS made a record breaking loss of £5.17 billion, more than three times the amount in lost in 2011, yet continued to pay substantial bonuses to employees.