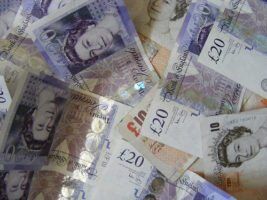 Resolution Foundation predicts some full-time workers to be £1,000 a year worse off by 2020 with women, the young and older workers affected the most.

Earlier this year, the introduction of the NLW delivered an average 7.5 per cent pay rise to around 4.5 million workers aged 25 and over. Low-paid workers are set for another four years of above average pay rises as it approaches its target ‘bite’ of being worth 60 per cent of typical hourly pay by 2020.

More recently Theresa May has put tackling squeezed living standards at the centre of her new government. However, some business organisations have called on the government to water down its plans following the EU referendum. In a letter to the Business Secretary Greg Clark, 16 trade associations called on government to “exercise caution” in light of “the economic uncertainties the country faces”.

Such calls are understandable given the challenge of a higher wage floor for some businesses. However the Foundation says that the in-built flexibility of the NLW – which automatically adjusts to economic shifts by being pegged to typical hourly pay, rather than the £9 cash figure that many people associate the policy with – means that there is no need to water down the policy.

The Foundation’s analysis, based on the latest summary of independent economic forecasts published by the Treasury, shows that the NLW is currently on track to rise to around £8.70 in 2020. That’s lower than the £9 forecast in the March 2016 Budget, due to expectations of weaker wage growth. The Foundation notes that the projected figure for 2020 is likely to rise and fall in coming years as wage forecasts are updated and the actual impact of implementing Brexit becomes clear.

The Foundation says the Prime Minister should therefore stick to her guns and press on with implementing a policy that will deliver a pay rise for six million workers – and support her vision for an economy that works for everyone, not just the privileged few.‎

It adds that sticking to the current policy is very different to pursuing a cash target of £9 or higher in the face of weaker overall wage growth. That approach, which some advocate‎, could jeopardise the success of the NLW.

Ahead of a crucial meeting of the Low Pay Commission in October to decide their recommendation for next April’s NLW rate, the analysis shows that should the government scale back its ambition over the next four years – for example by raising the NLW at a similar pace to the recent minimum wage increases applied after the 2008 financial crisis – its value would fall by around 55p per hour in 2020. This would lower the annual pay of a full-time worker on the NLW by around £1,000, relative to current plans.

The Foundation says that the main focus for the government should now be on implementation. To do this, it is calling for the government’s upcoming industrial strategy and productivity plan to include a focus on the often unheralded low-paying sectors of the economy, and not just on areas like digital and high-value manufacturing. This will help employers handle the higher labour costs brought about by the NLW.

The analysis is part of the Foundation’s upcoming report Low Pay Britain 2016, which will be published later this month.

“The National Living Wage is a hugely popular policy that is set to deliver a pay rise to six million of Britain’s lowest paid workers and play a pivotal role in the Prime Minister’s vision for an economy that works for everyone, not just the privileged few.

“Understandably some businesses are unhappy about a higher minimum wage, particularly amid the post-referendum uncertainty. But backsliding on the government commitment is unnecessary given the in-built flexibility of the policy to adjust to changing economic circumstances. It would also be costly for millions of low paid workers, so the Prime Minister should stick to her guns.

“The government’s attention should instead turn to the huge task of implementation. This should ensuring that its upcoming industrial strategy includes the less glamorous but hugely important sectors like retail and hospitality, which are at the coalface of Britain’s huge low pay challenge.”