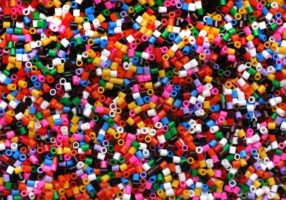 Why It’s Still a Great Time to Get Into Plastics

Everyone remembers the advice given to Dustin Hoffman’s character in “The Graduate”: “Plastics.” In the 1960s and 1970s, the plastic industry was just getting started, but today, we truly understand the rewards of working with the exceptionally malleable material. Plastic can take any shape; it can be both strong and flexible, both broad and detailed, both rugged and lightweight. It is the material of the present and the future, which means getting into plastics is always a good idea. If you need more proof, read on.

It seems that the plastics industry and environmentalists have always butted heads, but with advancements in technology, plastic is quickly becoming one of the most sustainable materials on the planet. Almost all plastics manufactured today are nearly infinitely recyclable, which keeps them out of landfills and ocean garbage patches. Non-toxic resins and colorants are widely in-use, keeping dangerous pollutants from affecting customers and communities. Green policies ― like energy-efficient equipment, transport, and packaging ― save plastic manufacturers money, so businesses have plenty of incentives to be sustainable. For the most part it is consumers, not the industry, who are responsible for producing plastic waste, and enhanced education initiatives could curb even that.

Plastic is already nearly everywhere, from food packaging to electronics, which means plastic is integral to modern life. A future without plastics is utterly unforeseeable, which means that the time is now to break into the plastic industry.

The Technology Is Still Improving

Though the very first plastic was invented over a century ago, the material did not become popular until World War II, and even then, it was a rare commodity. The real plastic revolution occurred in the 1960s, when various types became incorporated into food packaging, furniture, clothing, tools, and more. Still, despite plastic’s now-ubiquity, it is a relatively new technology, and science still has much to learn.

Breakthroughs in plastic continue to occur, whether they be advances in manufacturing efficiency, like the universal shut-off nozzle for injection molding, or development of new types of plastic, like fascinating water-based co-polymers with self-healing properties. New personal 3-D printers, which make small-scale plastic manufacturing available in the home or office, are prime examples of the rapid improvement of plastic manufacturing technology, as the printers become smaller, faster, and more adaptable seemingly every week.

Experts have more than a few predictions for the future of plastic technologies. Most expect customers to demand more intricate, precision plastic parts, as customized manufacturing becomes more possible. Automated manufacturing using smart robots is also a likely development which will decrease costs and increase efficiency. As long as plastic technology continues to progress, the industry will remain relevant and strong.

The Industry Is Huge

In America, plastic is the third largest manufacturing industry, meaning it is absolutely massive. More than 900,000 Americans are employed in making plastics, and when plastic suppliers are included, that number jumps to more than 1.4 million U.S. workers. Every state boasts a plastic manufacturing plant, and most more than one; in total, there are roughly 16,000 factories across the country. In 2013 alone, the nation produced an astounding 107.5 billion pounds of plastic ― roughly 53.7 million tons.

The U.S. plastics industry is so large because the entire world relies on our nation’s supply. The U.S. exports plastics around the world, and some of the largest countries ― in particular, China, Canada, and Mexico, which are the top three importers ― depend on regular shipments of plastic goods. Even as the world emerges from the recession of the late ‘00s, many manufacturing industries continue to flounder, but plastics is only gaining in size and strength. 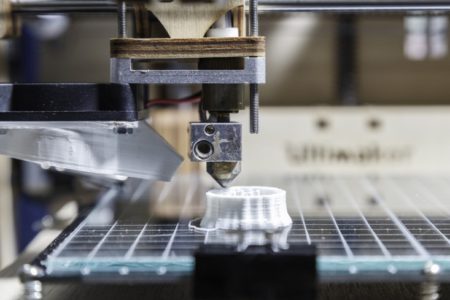 The Industry Is Strong

Between 2011 and 2012 ― at the height of the recession ― the plastic industry grew more than 5.7 percent, from $237.6 billion to $251 billion. Every year, plastic manufacturers are optimistic enough to invest billions of dollars in new capital equipment, demonstrating that they foresee a long and fruitful future in the industry. In fact, experts estimate that by 2018, the injection mold market alone should reach more than $252 billion, a growth of more than 5.6 percent for that particular sector. The need for plastics is only increasing, demonstrating that the industry will remain strong for the foreseeable future.