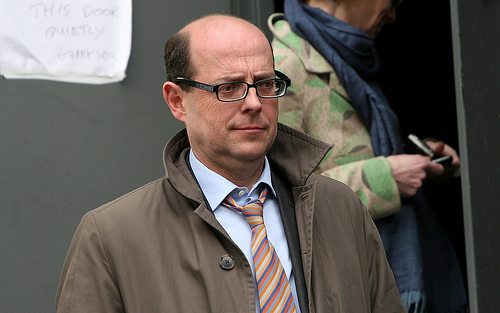 Nick Robinson’s documentary, The Truth about Immigration, disappointed on many levels. Not least the narrowness of the issues it covered.

Like so many complex issues, it is almost impossible to ascertain the absolute truth in a clearcut fashion. Ideology, belief, background and experience all shape our version of the truth. Everything is connected, and a narrow discussion of immigration helps those with strong prejudices about a single issue, but does not enlighten anyone.

Anything that involves interviews with politicians seeking re-election is likely to stray as far away from the truth as possible.

Robinson, the BBC’s political editor, makes a valid point that we have failed to have a mature debate about immigration since Enoch Powell’s oft-misquoted but appalling all the same, ‘rivers of blood’ speech.

Fear of being branded a racist has pushed prejudice underground. Far better people are open about their prejudice and challenged openly on views which the majority find offensive.

The massive miscalculation on numbers coming after Poland’s accession has coloured the debate. Many poor communities were radically altered by immigrant workers, and were rightly aggrieved.

That said, our inability to have a mature debate about anything serious is endemic, from climate change to immigration, the role and mix of public/private sectors to our continued membership of the EU.

National newspapers have become viewspapers, where the commentator’s dogmatic opinion trumps the expert’s balance-of- probability facts. A country with relentless outrage-porn newspapers like the Daily Mail and the Sun is never going to have a mature debate.

A press that conflates immigration with asylum seekers, benefit cheats with those on in-work benefits (while ignoring tax avoiders like their parent companies and proprietors), cannot be trusted to lead the debate.

A far more useful and intelligent contribution to this febrile debate would have been a rigorous investigation into the cost-benefit analysis of immigration. Get those analysts with real credibility and expertise (i.e. not politicians) to thrash out the facts.

– an economic cost or benefit? On the upside are tax revenues and a workforce who pick up the slack in the boom years and return home afterwards. On the downside is the extra unplanned and regionally unequal burden on welfare, housing, health and education

– a social cost or benefit? On the upside are different cultures enriching our society, cuisine, arts and, let’s be honest, gene pool. On the downside is a rapid change for unprepared communities, who weren’t consulted

– needed over the long-term? On the upside, we can import a working age population from Europe to support a growing dependent population in the UK. On the downside, this means an increased population on an island that some feel is already too crowded

It is impossible to fix the truth on a subject without some consensus on the facts that frame the debate.

Immigration, per se, isn’t a problem unless you dislike foreigners. The issue is the pressure on community cohesion going through rapid change and the strain put on already stretched health, education, housing and policing sectors.

If we can establish that there is a net economic benefit from immigration, we simply need to ensure resources are appropriately distributed to address increased demand.

If we establish a net cost, then we can focus our border control on ensuring we allow in, and give residency to, only those people with the skills we need.

Disliking foreigners is an issue of intolerance and prejudice, not truth. Read the comments under national and regional newspapers, or attend any gathering of freely speaking British people, and there will often be a barely disguised undercurrent of xenophobia (and misogyny if the group is male).

We try to dress this prejudice up in more acceptable language, but in the words of the Avenue Q song, “Everyone’s a little bit racist, sometimes.” Openly accepting humans’ evolved distrust of the ‘other’ and of change is a step toward dispelling the fear.

So what were the politician’s suggestions from Tuesday night’s documentary?

Economically suicidal five-year bans, nasty ‘go home’ campaigns, unachievable caps and platitudinous greater understanding of the communities most affected were the prescriptions dreamt up to address immigration by our political leaders. These might please some hysterical headline writers to varying degrees, but they do nothing to address the underlying issues.

Far from the truth, this was more white noise about immigration.