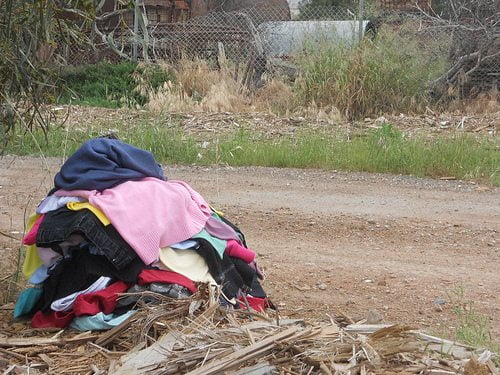 Major retailers, charities and recyclers have signed up to the Love Your Clothes campaign, an initiative to make clothes last longer and prevent them from ending up on a landfill.

The campaign wants to raise awareness among Britons of the need to make clothes last longer, reduce the environmental impact of laundering and deal with items that are no longer wanted by repairing, selling or swapping them.

Estimates say that unwanted clothes cause 350,000 tonnes of garments waste, worth around £140 million.

The Waste and Resources Action Programme (Wrap) which also campaigns to end food waste, coordinates the initiative. WRAP launched a Sustainable Clothing Action Plan (SCAP) in June last year, establishing a spreadsheet-based ‘footprint’ calculator, which allowed retailers to assess the global impact of their clothes. Signatories of the project included Tesco, Marks and Spencer, Next and Sainsbury’s.

Wrap believes that the average British household owns around £4,000 worth of clothing and buys around £1,700 of clothes each year. However, an estimated £30 billion worth of clothes among these, is never worn.

According to Goodwin, clothing accounts for around 5% of the carbon footprint and between 6-8% of the water footprint of the UK’s goods and services. It also accounts for more than one million tonnes of wasted material, “making it the most significant category for consumption impacts after food and drink, housing and transport”.

Sustainable design should change our behaviour for good