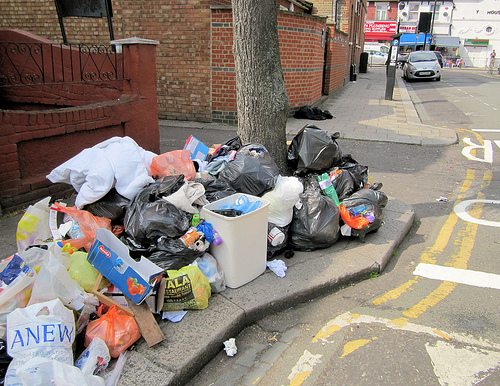 A new report has revealed that the illegal dumping and misleading classification of waste and related crimes lead to losses of around £568m a year in tax evasion. This figure may increase amid staff cuts at the Environment Agency planned by the government.

The report, by the Environmental Services Association Education Trust (ESAET), says that illegal activity to avoid paying taxes on waste in the UK is “widespread and endemic” and costs the country over a half billion pounds.

Such activities include unauthorised dumping, fly-tipping, illegal tips to involvement of criminal gangs and the misclassification of waste to pay less tax.

Barry Dennis, a trustee of the ESAET, said, “We need to stop thinking about ‘waste crime’ as somehow being less important than other crimes. Fly-tipping, rogue waste operations and tax evasion via the misclassification of waste are crimes that create health risks for the public, are costing the taxpayer millions of pounds a year and are funding organised crime.”

According to the ESAET, enforcement over these activities is likely to suffer from job cuts expected at the Environment Agency. The plans have already been criticised in the light of recent major flooding.

“We cannot yet know what impact this may have, but it seems inconceivable that such serious financial pressure will not mean a squeeze on enforcement”, Dennis wrote in the foreword of the report.

However, he said that the government recognised the expenditure as valid when there is a strong business case to justify it and that this is certainly the case.

“The government’s desire to make savings is understandable, but cutting enforcement expenditure is a false economy”, the report stated.

It added that the money saved from these activities largely outweigh money spent on enforcement, with each pound spent on enforcement “likely to yield £4.40 (and perhaps as much as £5.60) in benefits to central government, the waste sector and wider society. It is truly a win-win investment that the government can ill afford to disregard.”