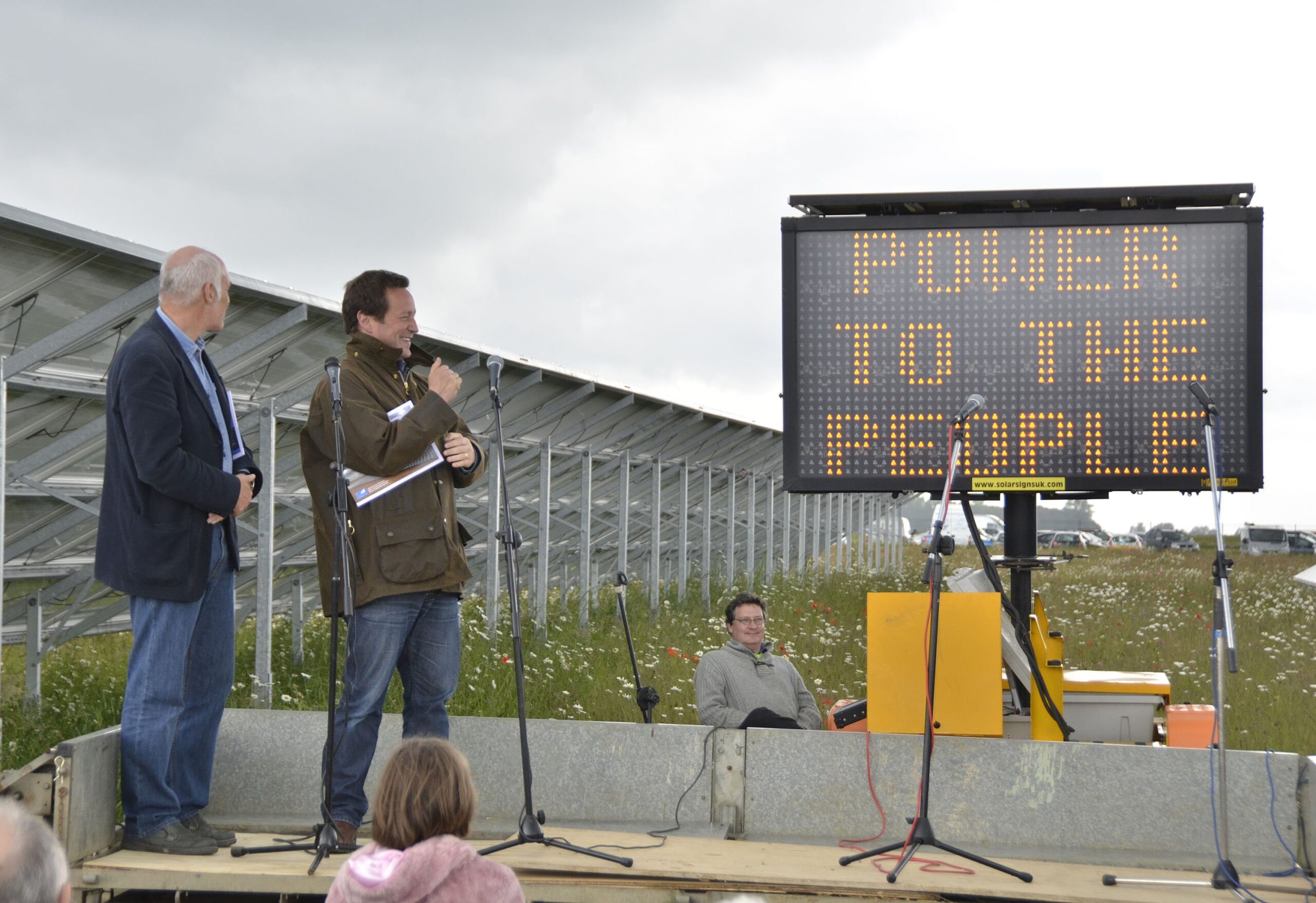 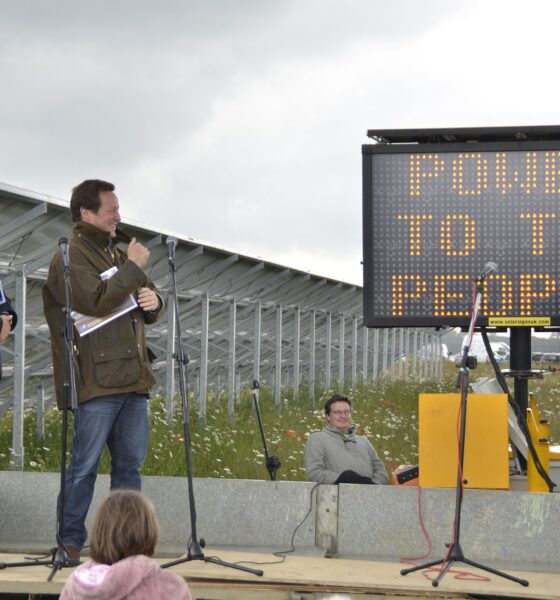 Westmill Solar Co-operative has launched its share offer, with individuals encouraged to buy a stake in what could become the “world’s largest community-owned solar farm”.

The project is a follow-up to Westmill Wind Farm, which in 2008 began generating power and subsequently became the UK’s largest community-owned wind farm. It’s hoped that the solar co-operative will have a similar impact on community-level renewable energy.

Some 2,300 people financially backed the wind project, which is located near Watchfield, South Oxfordshire. A total of 21,000 solar panels have been built alongside the turbines.

Ed Vaizey MP, minister for culture, communications and creative industries, was at the site to launch the share offer for the solar development. He hinted that he might invest in the project himself.

“I am sure we will be one of the first investors”, Vaizey said, “to secure my children’s future for their sakes, both financially and ethically.

“This site is a physical manifestation of what we have which can change the planet for the better.”

Meanwhile, Juliet Davenport, CEO and founder of Good Energy, whose members get second-tier priority if the offer is oversubscribed, said, “We supported Westmill wind farm from the outset and we’re now buying all the energy generated by the solar farm too, so it feels like the circle is being completed.”

Westmill predict that investors will see an average yearly return of 11% should they choose to invest in the solar project, which will produce 4.8 gigawatt hours of power every year – enough to provide electricity to 1,400 local homes.

Blue & Green Tomorrow’s fortcoming Guide to Limitless Clean Energy, which is released next week, explores the notion of community-owned renewables further, by speaking to Adam Twine, founder of both Westmill Co-operatives.