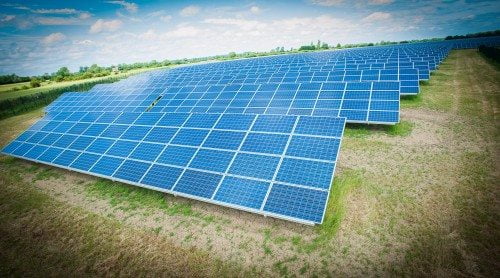 “2015 was an extremely successful year for solar and after 3 consecutive years of decline in Europe it is especially encouraging to see the sector grow again” says Oliver Schafer, President of SolarPower Europe.

With nearly 100 GW of installed capacity, Europe is still the most solarised continent. No other region can boast solar shares as high as Europe – on average nearly 4% of electricity consumption and in its most mature markets, such as Germany, Greece and Italy, around 8%.

“The challenge is now to quickly master the transition phase – from European solar markets that grew on very high premium feed-in tariff incentives, to new market-based frameworks, where prosumers use solar power for self-consumption in residential, commercial and industrial sectors. We must now create a smart market design that builds on the strengths of the solar power technology to be able to profit from the low cost solar has achieved,” says James Watson, CEO of SolarPower Europe.

On a global level, new solar power capacity increased by 25%, adding 50 GW in 2015. An estimate 228 GW of solar power are now installed in the world, up from 178 GW in 2014. The two biggest markets are again located in Asia – China and Japan, the US ranked third. China not only added more than twice as much solar as Europe, it also exceeded 40 GW of total installed capacity, taking over the No. 1 country place from long-time leader Germany.

SolarPower Europe is unique in comparison to other market analysts because it examines grid-connected solar rather than product shipments or installations.

The report can be downloaded soon on www.solarpowereurope.org