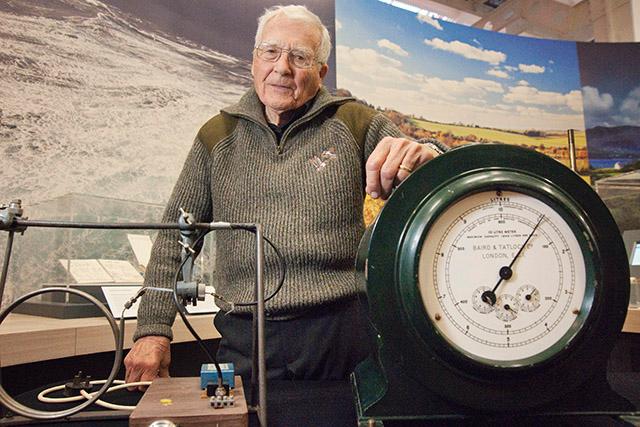 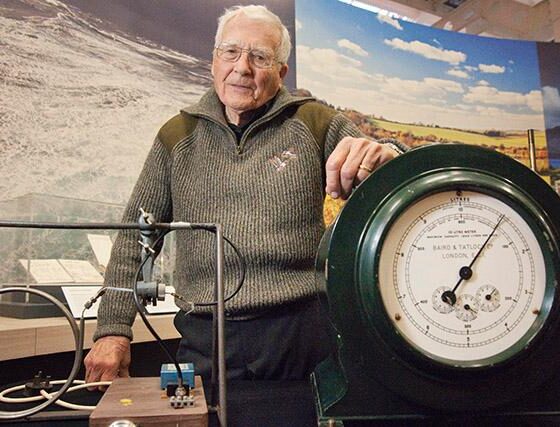 A Rough Ride to the Future: in conversation with James Lovelock

Phil Warren of Carbon Credentials recently watched an ‘in conversation’ session with James Lovelock to mark the opening of a new exhibition dedicated to the renowned scientist at the Science Museum in London. Here, he describes his experience.

James Lovelock is one of Britain’s most important living scientists. His work includes the invention of the electron capture detector (which made possible the detection of chlorofluorocarbons), the microwave oven, and perhaps most famously, the Gaia theory, which postulates that the Earth functions as a self-regulating system that maintains its own habitability.

Lovelock’s extraordinary pursuit of science started when his parents first took him to the Science Museum in 1925 aged six. Eighty-eight years later, he still credits this moment as the time he knew he wanted to become a scientist. During his early years, he worked in both Britain and the US on a variety of projects, from researching the spread of illness in underground bomb shelters, to early cryogenics.

After the second world war, he worked with the Nobel prize-winning Archer Martin, who pioneered research in gas chromatography. Lovelock needed a small sample of fats analysed for his research. However, Martin’s equipment could not measure very small concentrations. Martin told Lovelock if he wanted the sample analysed then he would have to invent a better detector: and so he did.

This was the birth of the electron capture detector which would eventually be used to detect substances called chlorofluorocarbons, or CFC’s, which are known to destroy our ozone layer.

Soon after this invention, Lovelock was picked up by the Nasa space programme where he was part of a team looking for life on Mars. Lovelock instantly got off to a bad start by openly criticising the work of the other scientists looking for life.

Such was their disapproval that on a Tuesday morning Lovelock was hauled in front of a Nasa director, who told him that if he wanted to keep his job he would have to come up with a practical solution to finding life on Mars… by Friday.

Throughout the talk, Lovelock referred to necessity as the mother of invention. It is a statement that has held true all through his life and this time was no different.

He proposed that in order to find life, all you had to do was measure the composition of the atmosphere and look for a reduction in entropy. If its atmosphere is in equilibrium, there can be no life.

Lovelock was shown to be right that there was no life on Mars, yet his observations about the red planet had started to influence his thinking about planet Earth, where life thrives. This was the start of Gaia hypothesis. Lovelock observed, whilst looking at Earth, that the oxygen content must be regulated; if life can regulate the atmosphere, it must regulate the climate, so Earth must be a self-regulating system.

Initially his observations were attacked by some eminent deniers, including Richard Dawkins. However, environmental scientists now accept many of the basic principles associated with Gaia, and Lovelock’s contributions have been formally recognised.

The talk was absolutely fascinating and I would urge you to visit the Unlocking Lovelock exhibit. At the age of 94, his talk was punctuated with humour and highly interesting asides, yet he also possesses a steely determination.

He is well-known in the media for his views on the catastrophic effects that climate change will have on population and food security; he has also been vocal about the Intergovernmental Panel on Climate Change (IPCC) and, in his eyes, the politicisation of climate science. However, what really struck me about the evening was that, as I watched this remarkable scientist take the audience through his life and work, his thirst for knowledge and enthusiasm to understand the world is contagious.

As Lovelock points out in his latest book, A Rough Ride to the Future, the invention of the stream engine in 1712 by Thomas Newcomen, and the subsequent rise of industry, was the start of a period of “accelerated evolution”. We now live in a time where information is driving huge advances, where data holds the tools needed for change.

We at Carbon Credentials are using this data to make informed decisions about how to help our clients tackle their energy consumption, carbon emissions and overcome compliance risk. This is an exciting time to be involved in data, especially sustainability data, and although there is a long way to go, our innovative services and insights are making a real difference.

Phil Warren is a data analyst at Carbon Credentials, on whose blog this article originally appeared. The Unlocking Lovelock exhibition at the Science Museum is open until April 2015. For more details, see here.

Chemistry of the Earth‘s atmosphere