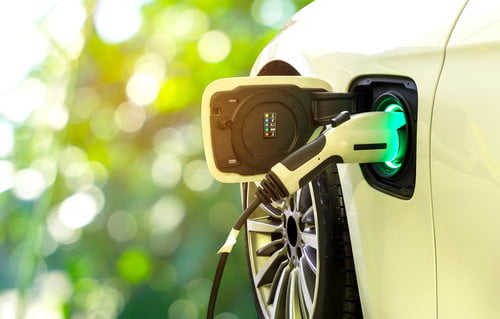 The crisis of climate change is reaching a tipping point. This May was the warmest for the month on record over the last 141 years.

It seems like there is no time to waste when it comes to reducing greenhouse gases and lower our carbon footprint. And one of the best ways that we can see right now to do so is for everybody to be driving an electric vehicle, or at least using electric mass transit.

It’s not a pipe dream as there are a lot of them already on the road. Since transportation accounts for over 28% of carbon emissions, it is a no-brainer that we should focus on shifting towards greener vehicles. So, what’s the problem? Why are we not seeing more of these cars on the roadways and in every driveway?

There is a lot of talk about the tipping point being just around the corner when electric vehicle purchases will outpace internal combustion engines (ICE). There are a lot of moving pieces that need to align for this to happen, however. And right now they seem to be unable to connect to start the process of mass adoption of electric vehicles.

In this article, we will go over what is holding the EV tipping point back that prevents it from becoming the only way to drive.

One problem that has to be overcome is the misconceptions that people have concerning electric vehicles.

For instance, many people overestimate how many miles they drive in a day with their ICE vehicles, so they think that an electric vehicle will not give them the mileage they need. And since it takes a while to charge a battery, they don’t want to risk it.

The fact that many EVs get over 300 miles per charged battery is often lost on them. Even road trips are not much of an issue with this kind of mileage, not to mention apps like the Tesla trip planner that helps people take long trips more efficiently. There is a very limited occurrence of people dealing with a dead battery holding them back.

People also don’t realize how much power an electric vehicle has. Even though torque is much higher with an EV than an ICE car, people seem to imagine it to be the opposite.

For mass adoption to take place, there needs to be an entry level EV that the masses can afford. Not everybody can pay the $30,000 price tag of the average electric car.

In countries where there is a push to subsidize the purchase of these cars, and also give special preference to their owners, there is a much higher rate of adoption. Norway is a good example. However, Norwegians also have a very high living standard and many can often afford these cars even without the subsidies.

Until more nations decide they want this to happen then it will be a long while before mass adoption can take place.

This is another chicken and egg scenario in which many people are hesitant to purchase an EV because there isn’t enough infrastructure yet to support them. Things like charging stations are the most obvious. But, even if there were more charging stations around, without a rapid way to charge a car these stations wouldn’t be of much use.

Taxis would likely run out of battery power and bus lines would likely need more buses to replace ones in the route with low battery.

Most commuters will also need their company to provide a charging station for these cars, but if there are hundreds of employees working there, then this seems a bit unsustainable.

If there could be a way to charge a car completely in under two hours, then this would go a long way towards satisfying consumers and even the owners of fleets of vehicles that need a fast way to get cars recharged.

More people would buy EVs if there were more to buy. Right now, there are not that many on car lots across the world. And there are practically none available as used.

Somebody has to specifically want an electric vehicle at this point. If they go to a car lot looking to see what’s available, this will most likely not be presented as an option for many people and so they will simply go with a traditional ICE.

We need to do more to make electric vehicles more accessible to the public. The demand exists, but they are still out of many people’s price range. Fortunately, there are things that we can do to make them more accessible.

His primary focus is a fusion of technology, small business, and marketing. Author, editor, and tech junkie, in love with startups, traveling and helping others get their ideas off the ground. Unwinds with a glass of scotch and some indie rock on vinyl.