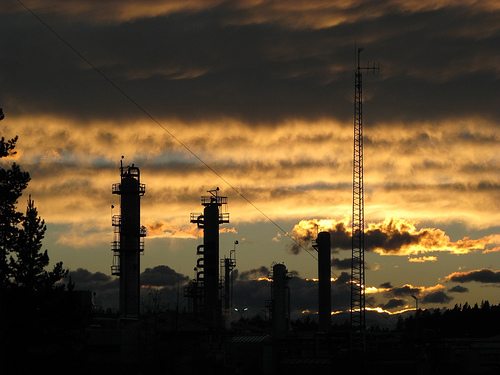 Shell, Adidas, Statoil, Monsanto: are these companies among the most sustainable in the world? According to a recent ranking they are.

Devised by Canada-based firm Corporate Knights, the Global 100 – as the list is called – is described as “the world’s pre-eminent sustainability equity index”. Using 12 key performance indicators (KPIs) – including energy, carbon, waste and water productivity, as well as pension fund status, CEO to average worker pay and innovation capacity – companies are given a sustainability score out of 100.

Corporate Knights says by doing this, it is “unpackaging” corporate sustainability into its component parts, and focusing solely on the numbers.

The list of 100 includes some interesting – and, some would say, unexpected – names. As well as the four already mentioned – energy giants Shell and Statoil, sports brand Adidas and chemicals firm Monsanto – there is Coca-Cola, BSkyB and a further eight energy companies.

At this point, many an eyebrow will be raised – and justifiably so. The 10 energy firms in the list, for example, extract fossil fuels – oil, gas, and coal – and burn them to create electricity and energy. This process pumps harmful greenhouse gases into the atmosphere, warming the Earth’s surface and oceans and causing harmful impacts on the environment and communities.

Oil and gas companies represent a significant percentage of global pension funds and a precipitate collapse of those share prices – the so-called ‘carbon bubble’ –would lead to a lot of impoverished pensioners and an even worse global depression. Their unsustainable continued activity will similarly crash our global ecology, upon which our economy depends.

The question then becomes whether we praise them for taking baby steps in the right direction (the Corporate Knights approach), or damn them for going too slow (the environmentalist approach).

The purist ethical, responsible or sustainable economy is still tiny and most of its champions are small to midcap ventures. Just as a bigger and more rapid difference is made by encouraging wealthy people to invest sustainably, we will save the planet by persuading wealthy companies to behave sustainably, responsibly and ethically.

The actual process of compiling a ranking like Corporate Knights’ is tricky. The firm is the first to acknowledge the difficulties in defining exactly what constitutes a sustainable business. It’s not a black and white issue, and my sustainable, responsible or ethical might not be the same as yours.

Many have tried in the past with similar rankings, and many have been legitimately challenged. Another annual list, the World’s Most Ethical Companies, has some similarly dubious inclusions – Starbucks and General Electric to name just two.

“What we are trying to do with the Global 100 is figure out which companies perform best against their global same-sector peers on those sustainability indicators that are financially relevant and that can be objectively measured”,  says Doug Morrow, managing director of Corporate Knights.

“The toolkit that we use to deconstruct sustainability is not perfect but we think it’s one of the most transparent, credible and fundamentally useful approaches out there.”

The thinktank SustainAbility has drawn plaudits for its Rate the Raters project, in which rankings like Corporate Knights’ are put under the microscope and rated on their transparency and quality. What started off as a simple idea in 2010 has developed into a complex and comprehensive analysis of the leading sustainability ratings in the world.

This kind of scrutiny is helpful, and there are legitimate questions over the sustainability credentials of some of the Global 100 inclusions. But using the example of the 10 energy firms – whose business models will be viewed as entirely unsustainable by many in the green world – it’s interesting to see which firms appear and which don’t.

A study from November last year said just 90 companies were responsible for two-thirds of manmade greenhouse gas emissions. BP, Shell, Chevron, Exxon Mobil and Gazprom were said to be among the worst offenders. Of those five, only Shell appears in the Global 100 of sustainable companies.

A similar situation is evident in ethical investment. Because tobacco, alcohol, pornography, gambling, nuclear power and weapons have historically been the six most avoided industries for ethical investors, energy firms still often appear in the top holdings of funds that negatively screen their investments. Energy giants like Shell, BP, Texaco and Exxon generally don’t appear, but instead smaller fossil fuel firms like BG Group, Tullow Oil and Statoil – ones, perhaps, with a less bad environmental footprint. Fund managers often explain their investments in these companies by saying they actively engage with them in order to help them become more sustainable.

Corporate Knights’ Global 100 ranking may not be a whiter-than-white list of saints; there isn’t a company on the ranking whose inclusion couldn’t be questioned for one thing or another. Instead, it represents a collection of businesses that are, in its view, leading the way in sustainability.

It would be unwise to think that the impacts of massive, global issues like pollution, climate change, resource depletion, deforestation, ocean acidification and population growth can be avoided or at least mitigated without the help of corporate giants.

The 100 businesses in the Corporate Knights ranking should be praised for their inclusion and scrutinised thoroughly to make sure their commitment to sustainability isn’t just greenwash. The ones who haven’t made it should be encouraged to do much better indeed.