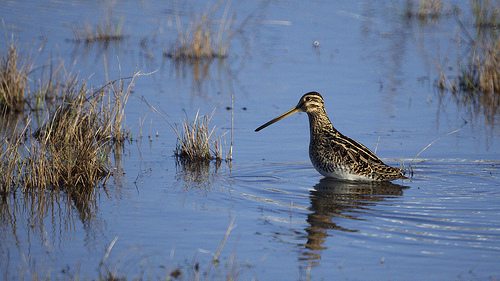 Environmental and conservation charities have called on the government to ensure that the environment is protected, ahead of George Osborne’s autumn statement on Thursday.

The statement, Osborne’s fourth as chancellor, provides an update of the government’s spending and taxation plans.

It is expected that he will reveal sizeable tax breaks for the fracking industry, a shake-up in the way the government finances renewable energy and overall spending cuts on household insulation programmes.

“Building a strong economy and protecting the environment are two sides of the same coin. George Osborne should throw his weight behind the economic goldmine of limitless, carbon-free energy from the wind, waves and sun.”

Meanwhile Donal McCarthy, environmental economist at RSPB, said the conservation charity wants to see “a clear statement of intent from the chancellor regarding the government’s green commitments”, after the group’s State of Nature review found that 60% of British species have declined over the last 50 years.

The report, published in April, found that human-induced impacts, including habitat degradation, urban development and intensive farming practices, were all contributing drivers in the decline of Britain’s wildlife.

McCarthy argued that the environment has “unfairly come under attack” in the government’s efforts to cut the deficit.

“In the long run, a sustained recovery requires much greater focus on the importance of protecting and restoring natural capital”, he added.

“This requires greater commitment to meeting key environmental targets around biodiversity and climate change and growing the green economy.”

According to the Nature Check 2013 report, created by a coalition of charities including the RSPB, the coalition government has so far failed to reverse wildlife decline.

Elaine King, director of the Wildlife and Countryside Link, which co-ordinated the report, said, “David Cameron promised the greenest government ever. Using the government’s own promises as a yardstick, these findings show he’s failed to stick to his plan.

“We’re told an economy in crisis is a higher priority than nature in crisis. Yet the government is missing a huge opportunity – a healthy environment helps the economy and enhances people’s health and wellbeing.”