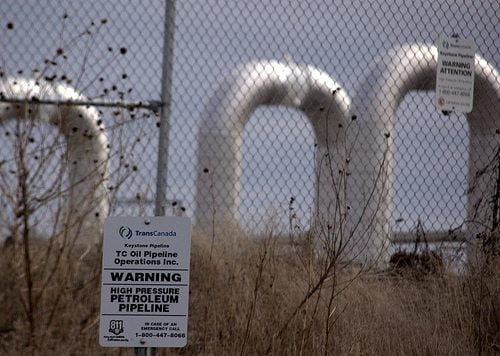 The 1,177-km (731-mile) Northern Gateway pipeline project, which will carry tar sands oil from Alberta to the Pacific coast in Canada, has been approved by the Canadian government, despite strong opposition from scientists, environmentalists and indigenous communities along the route.

Canada’s prime minsiter Stephen Harper has often said that backing tar sands oil is essential to global energy markets and managed recently to bring the oil to Europe recently, despite strong opposition. Oil from tar sands emits around 12% more greenhouse gases than conventional oil and has been associated with a range of illness to people living in extraction areas.

The Northern Gateway pipeline is deemed necessary, given that Barack Obama has not yet ruled on another controversial project, the Keystone XL (KXL), which was supposed to carry Canadian oil to the Gulf of Mexico. However, the project has been criticised for its environmental and economic risks.

While the Canadian government supports the Northern Gateway pipeline as a source of growth and employment, accusing opponents of being “hostile” to Canada’s energy sector, those against it argued that Harper is ignoring not only the environmental impact of the project, but also the will and traditions of thousands of First Nations aboriginal people.

Bill McKibben, co-founder of climate movement 350.org, said, “This pipeline is never going to be built – First Nations leaders and coastal protectors will see to that. With KXL dead in the water for the moment, it’s no wonder big oil companies are bailing on their tar sands investments, and that money is starting to flow toward sun and wind.”

Jasmine Thomas of Saik’uz First Nation added, “This project is doomed. My community and many others will uphold our Aboriginal rights and title to the fullest extent possible. And thousands of people in this province and country have committed to hold the wall with us.”