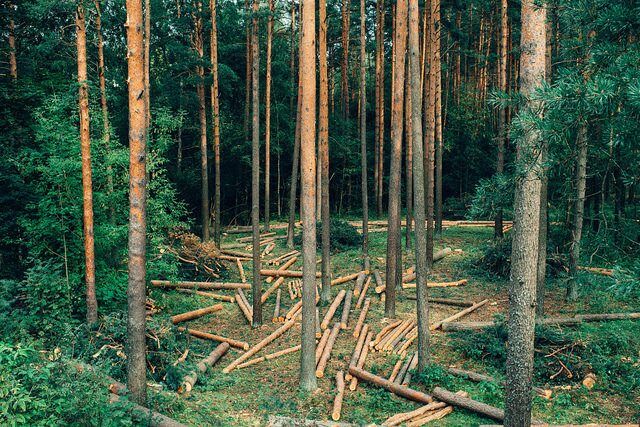 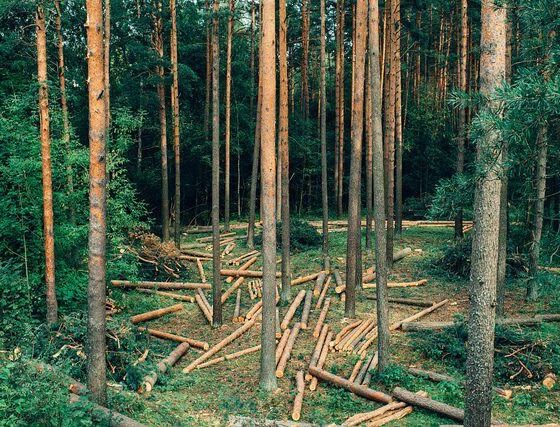 Alongside the continuing release of greenhouse gasses into our atmosphere, deforestation is often seen as one of the most environmentally-destructive practices happening on our planet today. In fact, as different as these two practices may seem, they are closely linked by their resulting impact and perceived influence on global warming. Consequently, a reduction in either will lead to similar results and effectively mitigate against the concern as to temperature rise (reduction in use of fossil fuels leading to reduced carbon dioxide emitted into the atmosphere, and retention of forests whereby carbon dioxide is taken out of the atmosphere by trees and plant life).

In this article I want to look at some of the strategies available to us for slowing or even reversing deforestation. Never have trees been cut down on such a huge scale and never has the need to tackle this issue been greater.

Let’s start by looking at some of the other impacts of deforestation.

The Impact of Deforestation

The impact of deforestation has its own set of social, environmental and ecological consequences. Deforestation not only disrupts communities and ancient homelands for indigenous peoples, it also destroys the complex natural ecosystems that thrive in them.

Trees also take water out of the atmosphere and in doing so, regulate the water cycle. By cutting trees down, the soil is deprived of this water causing it to become arid (ironic given that 80% of deforestation is to make way for farmland). Chopping down vast tracts of forests also destabilises soils which form a natural barrier against flooding.

Why does deforestation happen? There are a number of reasons. I have written at length before of the impact of tree diseases on forests and woods across the planet, including our much beloved British countryside. In the past thirty years or so we’ve witnessed some of the most devastating tree diseases on record, from Dutch Elm Disease in the 1980’s to Ash Dieback in the 2010’s. Today Phoney Peach Disease threatens to affect a wide range of trees from oaks to maple trees. If tree diseases aren’t contained, then entire indigenous species face extinction. The only way to contain the spread is therefore to cut down often vast swathes of infected trees.

Another often unquoted cause of deforestation is an increase in forest fires, which can take away vast swathes of vegetation.

The most common cause of deforestation, however, is man made. Trees are cut down to either make way for farmland or to supply our huge global appetite for wood based products – from paper and cardboard to tables and chairs. In the tropics, agribusiness is a big industry and vast swathes of rainforest are decimated to make room for cattle ranches or palm oil and soy plantations.

Can Deforestation be Stopped?

This is surely the million dollar question (or trillion dollar if we consider the potential financial impact of failing to act). Market price pressure, complacency and lack of intervention from Western nations have all contributed to the current level of deforestation. Market forces have effectively muted decades of warnings from environmental scientists and conservationists. Ironically, the marketplace could become one of the key strategies of combating deforestation – but more of that in a bit.

To give context to the scale of the issue, let’s take a look at some of the opening text from the United Nations Environment Programme:

“There are major weaknesses in the policies, methods and mechanisms adopted to support and develop the multiple ecological, economic, social and cultural roles of trees, forests and forest lands… “

The text then goes on to highlight some of the measures and approaches needed at a national level to combat deforestation, including the role of the private sector, public education and increased research capacity and support. The section ends with a frank admission that:

“The need for securing the multiple roles of forests and forest lands through adequate and appropriate institutional strengthening has been repeatedly emphasized in many of the reports, decisions and recommendations of FAO, ITTO, UNEP, the World Bank, IUCN and other organizations.”

What to take from this? Well, if we are to read between the lines, it could be suggested that a greater ratio of action to policy is required. To put it another way, we have the tools, the people and the institutions to really make a difference. What may lack is the political will to change policies, tighten regulation and restrict illegal trade.

I now want to explore some strategies for tackling deforestation. The potential effectiveness of each is of course open to interpretation and there is obviously a lot of overlap in, and interdependence between them. Their individual effectiveness can be greatly boosted by an approach that utilises multiple strategies.

About the Author
Paul George is the managing director of Landmark Trading Ltd, and has worked in the arboricultural industry for 14 years. Landmark Trading are one the UK’s leading suppliers of arborist, tree surgeon and tree climbing equipment and work closely with conservation groups. You can connect with Paul on Twitter on @LandmarkTrading or check out their Facebook page.