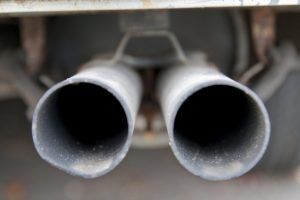 The fifth carbon budget passed into law during July and commits the UK to slashing CO2 emissions by 57 per cent between 2028 and 2032, against 1990 levels. One of its key recommendations is to increase the uptake of low carbon heat.

Wasted heat is a weak link in the current energy supply chain. Forty per cent of the UK’s energy is used to generate heat energy; and heat wasted from buildings accounts for half of our total energy emissions. Such waste has been highlighted in a report by a coalition of industrial manufacturers and environmental groups, which states that 54% of energy used to produce electricity is being wasted via conventional power production at a cost of £9.5 billion per year.

The UK’s energy productivity problems can be significantly improved by moving from centralised to decentralised production, using technologies such as CHP. By capturing and utilising heat via CHP, organisations can achieve 85% efficiency, more than double that of conventional power production. The technology can reduce CO2 emissions by as much as 30%, as well as achieving cost savings of up to 40%.

Chris Marsland, Technical Director for ENER-G Cogen International, said: “CHP consistently provides a highly effective method for converting natural gas and carbon-neutral fuels, such as biogas, into useable power and heat. This is particularly beneficial for applications where there is a large heating or cooling demand, like hotels, hospitals, universities, leisure centres and industry. CHP also scores in terms of versatility – since it is suitable for new and refurbished buildings, as a replacement for an ageing boiler plant, or in augmenting existing or new boilers.”

Most local authorities are now championing CHP as part of local planning and building regulation approvals, with assessments needing to consider district heating networks and community heating schemes with CHP as a main energy source. The Government is supporting the development of heat networks with a commitment of £300 million and aiming to dramatically increase the level of district heating.

The UK’s energy industry is coping with a turbulent transition from fossil fuels to renewable energy and the need to maintain energy security. CHP has long been considered the ultimate agile and flexible technology and it is an essential part of the energy mix. Its rotating momentum helps stabilise the network and manage system stresses when there is wide fluctuation in power output, as is the case with intermittent sources such as wind and solar.

Decentralised energy generation using on-site CHP is already playing a vital role in securing supply at peak times as a key plank of National Grid’s Demand Side Balancing Reserve (DSBR) and Turn Up schemes. Through such incentives, CHP generators are able to generate extra income by exporting power onto the national grid to meet capacity constraints, or turning off supply, or shifting loads to compensate for excess renewable generation when demand for electricity is low.

The use of CHP and other decentralised supplies, including renewables, is being taken to a new level of demand response via smart grids, such as the Smart Cornwall project, which plans to develop the U.K’s first integrated smart energy network. Research undertaken by ENER-G in partnership with Advanced Digital Institute; Flexitricity; Smarter Grid Solutions and UK Power Networks has provided simulations to demonstrate the potential of clusters of CHP assets in a decentralised smart-grid or virtual network.