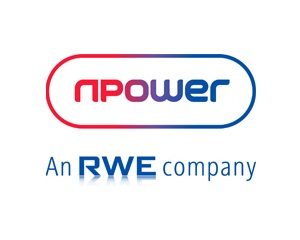 Commenting on the closure of two of the UK’s coal-fired power stations this week, out of a total of four closing this month in the UK, Paul Massara, former CEO of RWE npower, said the closures where to be welcomed because of the impact that coal, as the dirtiest form fossil fuels, have on climate change: “The phase out of coal-fired power stations in the UK is a good thing, for a number of reasons. Coal hasn’t been paying its way for some time now, notably in terms of its impact on air pollution and the climate. The targets we face for keeping levels of global warming within ‘safe’ levels also mean that coal, as the most polluting of all fossil fuels, has to go as quickly as possible, not just here but across Europe,” he said.

“The UK’s coal plants are also old and increasingly likely to break down, and this can cause disruption to the grid, as we saw last year. Removing old coal plants from the system also boosts the investment case for new generation – gas and renewables, along with battery technology – and demand reduction solutions which we urgently need.

“If anything is to blame for tight margins it’s previous governments’ history of incoherent energy policy. Investors need long term clarity on policy, and they simply have not been getting it.”

Michael Grubb, Professor of energy and climate change policy at University College London, said that extreme weather was more likely to cause disconnections in the UK than lack of generating capacity and that managing demand could help ease tight margins:

“We have seen at least five years of ‘Lights out’ headlines, so far without so much as a flicker caused by insufficient capacity.  But the margins for the coming winter look tighter than ever.  What has ‘kept the lights on’ more than anything is falling electricity demand. To understand the real situation, it is important to note there is no shortage of physical generating plant – it is about how much is closed down, and what options we have to deal with any resulting gap,” he said.

“The further potential for managing demand has not been fully explored, and experience so far indicates that securing future backup capacity is costing less than many expected. But with the first backup under the Capacity Mechanism not in place until next year, this winter coming will be the crunch time for the UK’s electricity transition. Yet despite the tight margins, extreme weather is still far more likely to cause any household disconnections than insufficient generating capacity.”

Andrew Garrad, Senior Consultant at DNV GL Energy, said that energy systems with high levels of variable energy could be as secure as those based on traditional forms of generation:

“Look outside the UK and it’s clear that the direction of travel in is only in one direction, towards primarily low-carbon, flexible, smart energy systems. It’s been accelerated by the Paris climate agreement, and Britain is by no means ahead of the pack in this transition,” he said.

“Countries that are further down this path than the UK such as Denmark and Germany have reliable power systems, so proving that systems with high levels of variable renewable energy can be as secure as those based on traditional generation. In recent weeks National Grid, Energy UK and the National Infrastructure Commission have all said that low-carbon, flexible, decentralised grids are the future and they’re entirely correct. We’re in a transitional phase at the moment but sticking with the programme will get us to a flexible, low-cost, market-based, mostly subsidy-free energy system.”