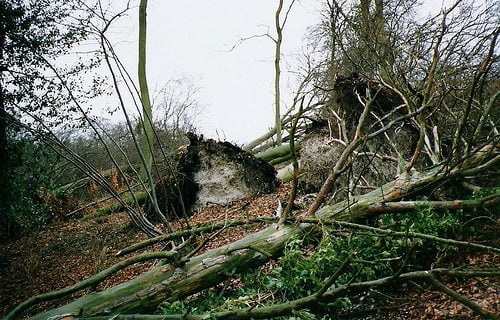 On Thursday night, Storm Gertrude arrived from the Atlantic on a powerful jet stream and will continue to track eastwards close to the north of Scotland through Friday. Gales or severe gales are expected across northern Britain, with the Northern Isles likely to experience a period of storm force winds for a time.

Through Friday morning the winds are expected to increase across the Northern Isles with frequent wind gusts of 80-90 mph, perhaps reaching around 100 mph for a time early afternoon.

We have issued a red ‘take action’ wind warning for Shetland. This is the highest category of National Severe Weather Warning and means that widespread disruption to travel and other services is likely. Anyone in the affected should consider changing their plans and avoid dangerous areas. Red means you need to take action to keep yourselves and others safe from the impacts of the weather.

Overnight, wind gusts reached 91 mph at South Uist in the Western Isles with other locations in Northern Ireland, western Scotland and Wales recording gusts in excess of 80 mph. The impacts of Storm Gertrude have already been felt across Scotland with numerous delays to transport including ferry crossings, flights and bridge closures. Falling trees and debris are also impacting the transport network and there have been reports of structural damage in Dundee, Edinburgh and Glasgow. The strong winds have also led to power outages with 7000 homes across northern Scotland without power.

These impacts are consistent with the amber ‘be prepared’ Severe weather warnings for wind which are in force for the Northern Isles, western and southern Scotland, the far north of England and Northern Ireland.

Chief Operational Meteorologist, Paul Gundersen said: “A rapidly deepening area of low pressure is expected to track close to northern Scotland during Friday. Shetland is forecast to experience the strongest winds, with gusts quite widely above 90 mph and perhaps over 100 mph in places.

“People in this area should expect dangerous conditions including structural damage to buildings and loose debris, disruption to power supplies and widespread disruption to transport. If possible they should also take action to secure loose items and keep up to date with the latest UK forecast and Severe weather warnings and stay safe until Storm Gertrude has passed.”

Storm Gertrude to bring the risk of disruption across northern Britain

Scotland’s Transport Minister Derek Mackay said: “We are expecting some very difficult weather conditions on Friday morning. Winds of this severity bring a high risk of disruption, leading to cancelled ferries, train services and restrictions or closures on bridges. The gale force winds will also make high-sided vehicles particularly prone to being blown over.

“We are in regular contact with the transport operators regarding the situation. They do not take the decision to cancel services lightly but safety is paramount.

“Everything possible is being done to try to mitigate the impact of the conditions with experts working alongside each other at our Traffic Scotland National Control Centre.

“Before heading out, people need to consider the conditions. They should listen to radio reports, visit the Traffic Scotland website or twitter feed and take note of the latest police advice.”

The winds should ease off later on Friday, with a brief colder spell setting in across Scotland bringing snow showers to low levels. With winds strengthening for a time again overnight there is the risk of blizzard conditions, particularly over higher ground in the north of Scotland.

Looking ahead, the very changeable weather will continue through the weekend and into next week with further rain, snow and winds likely to bring a chance of disruption at times.