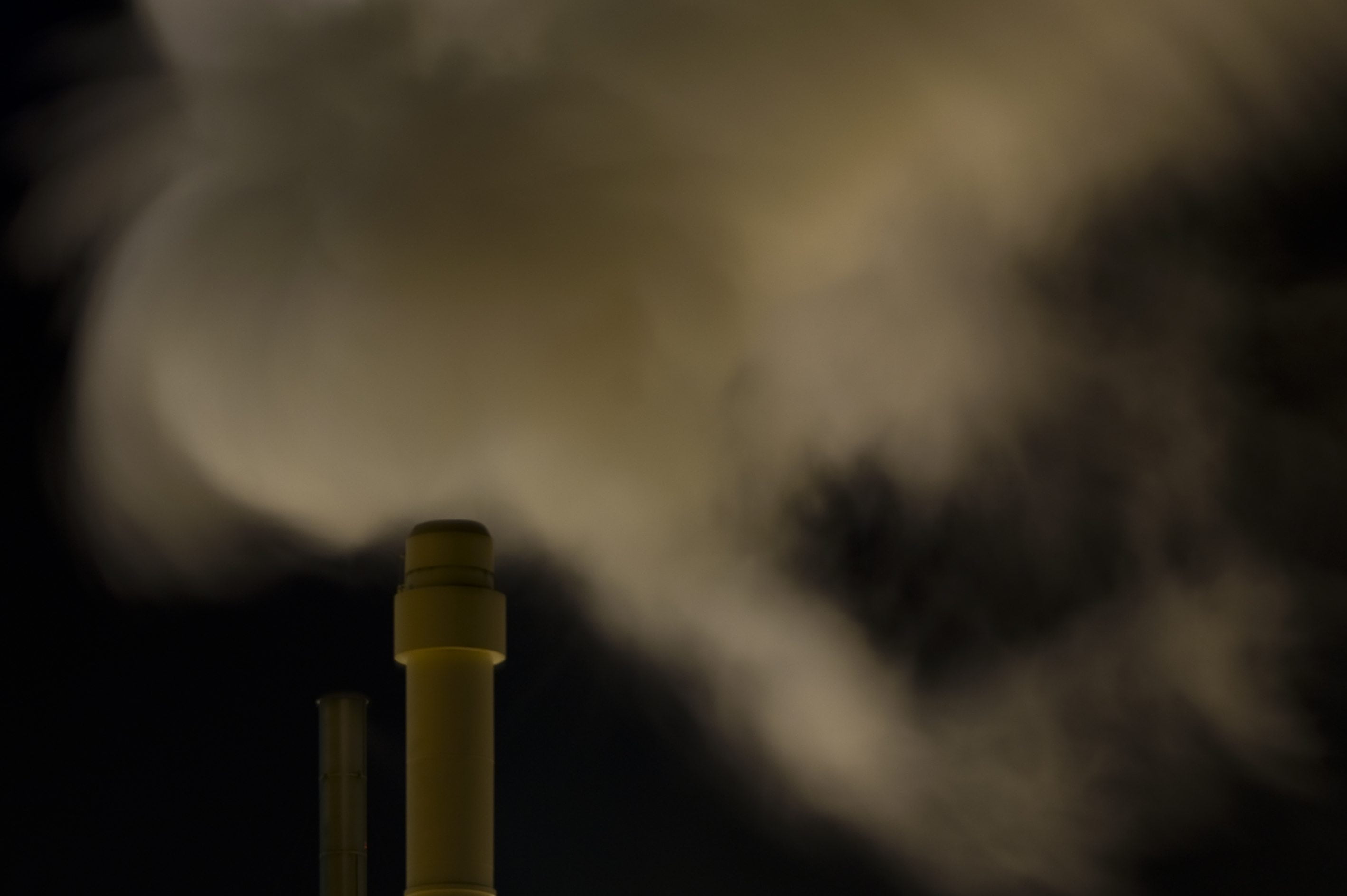 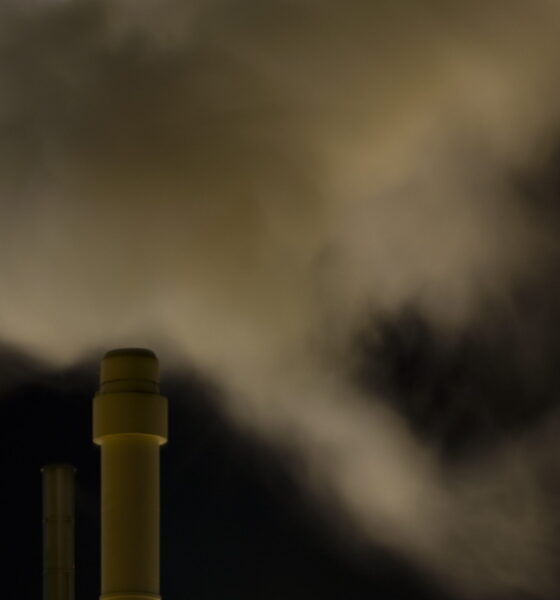 Over a dozen companies have been closed by the Insolvency Service in the last 15 months, after raking in nearly £24m from 1,500 individuals for carbon credits. The news should be a lesson to everyone: these are not investments and there is no market for retail investors to sell them on.

On Wednesday morning, we were met with the news that the amount of greenhouse gases in the Earth’s atmosphere had risen to a new global high. The World Meteorological Organisation (WMO) said that between 1990 and 2012, there had been a 32% increase in the warming effect on our climate known as radiative forcing, which can be directly related to the presence of greenhouse gases such as CO2.

Annual publications from the WMO have, in each of the last nine years, notched up record highs in levels of greenhouse gas. It is a grim situation, to say the least.

But in an effort to reverse this trend, the 1997 Kyoto Protocol set legally binding emissions reduction targets in 37 countries across the world. The targets were to reduce emissions by at least 5% on 1990 levels between 2008 and 2012.

Among the market mechanisms put in place to enable this transition the Clean Development Mechanism (CDM). Regulated by the UN, it created carbon credits called Certified Emission Reductions (CERs) that allowed countries or companies whose emissions are too high to use projects in the developing world to become less polluting. The CERs can be traded, in high volumes, on stock exchanges.

The CDM is a separate market entirely to voluntary carbon credits (VCCs). These unregulated products allow firms or individuals to offset the emissions they pump into the atmosphere. They in no way help meet a legal requirement to offset carbon (an oil firm under obligation to decarbonise, for example, cannot use VCCs to meet this target). They instead serve as a means of boosting reputation, peace of mind and social or environmental responsibility.

In recent years, though, the VCC market has been compromised by rogue traders. Often targeting elderly or vulnerable individuals, they use dubious sales techniques to pressure consumers to invest in VCCs. Internet messageboards are awash with angry or upset users lamenting about their experiences.

They problem is, the products are effectively worthless to the retail investor. They are not investments and there is no secondary market that allows you to sell them on.

Mark Hoskin of financial advisory firm Holden & Partners in London, has experienced first-hand the scale of the problem for investors. In a blog post for Blue & Green Investor (then Worldwise Investor) in March, Hoskin wrote, “Today I was called by a man who had invested £140,000 into voluntary carbon credits. He wanted to know how to sell these now. There is no way to sell these. They are not investments. He has lost £140,000!”

One woman, who approached Hoskin in August this year, said she had bought 1,000 VCCs at £4.30 from a firm that subsequently went under. Her new broker said they would not take her on unless she bought more.

Speaking to Blue & Green Tomorrow of her motivation to buy the VCCs, she said, “I believed in the overall green investment and that they would be the sort of investment that individuals and companies will be buying more of in the future. I hoped a demand in the future would make me a decent return.”

She added, “Right now I would say [my experience with VCCs is] negative as I now hold stock that I’m not sure I can sell in 2016.”

The regulator the Financial Conduct Authority (FCA) is well aware of the scam. “Many investors have told us they are not able to sell or trade the carbon credits they have bought. None of these investors reported making a profit”, it says on its website.

The Serious Fraud Office (SFO) and the Insolvency Service also have their work cut out, identifying and closing down rogue traders. In April, Ian Macdonald and David Downes became the first people to be jailed over the issue, after targeting over 2,000 unsuspecting and vulnerable members of the public with a sophisticated, multi-million pound carbon credit scam.

Speaking on BBC Radio 4’s Today programme on Wednesday, Graham Horne, deputy chief executive of the Insolvency Service, said, “If it looks too good to be true, it probably is. If someone is promising returns of 40%, that should put you on notice. The other thing is legitimate companies don’t cold call you. Legitimate companies do not do the harassing techniques and say, ‘You must invest today, I’m going to come around and collect he cash.’ Be wary of those kinds of things.”

Because VCCs are not investments, companies selling them do not have to be regulated by the FCA.

“[VCCs] are not investments, they are a financial solution to a social problem”, David Vincent of the Cochabamba Project, an industrial provident society that allows individuals and companies to buy shares in smallholder reforestation projects in Bolivia, told Blue & Green Tomorrow.

Vincent added that too few VCC schemes focus on the social or environmental benefits – which in reality, is the very reason they should be bought.

“We have an investment: it’s simply growing trees”, he said.

“It stores carbon if that’s what people are interested in but the real value is as timber. But there are many risks involved in that which we try and make people totally aware of. We’re doing it for social and environmental reasons, not to make money.

“If people want to make money out of growing trees, there are better ways to do it than investing with us. If they’re really interested in something that has a social and environmental impact, then they can achieve that with us. It’s not a money-making scheme.”

Another firm, Emerald Knight Consultants, describes carbon offsets as “one of the most successful examples of [sustainable and responsible investment] and alternative investment”. However, when asked by Blue & Green Tomorrow whether they were in fact investments, its director James Howard said, “No, not essentially.”

He added, “Unfortunately with the carbon market – I use the word ‘market’ loosely of course – it really indicates that you’ve got a situation where there are many buying, but of course there’s no end user essentially, so of course finding someone to buy the unit back from you is of course where many are finding themselves unstuck.

“If carbon credits were being offered in a way that a retail individual could offset their own emissions, then we understand completely the purpose of that. But obviously if the nature of somebody acquiring a carbon credit specifically for a profit, you would have to assume there would be some time implications with that, because of course with my understanding, certainly the experience when we were involved with the product a couple of years ago that went on deliver these results, was that a carbon credit has a lifetime.”

In an email exchange seen by Blue & Green Tomorrow, a carbon broker told a retail investor that selling on the VCCs would be “possible” as the firm grew. However, the fact remains that there is currently no secondary market for the products.

After hearing similar conversations between brokers and investors, Mark Hoskin said many “confuse half-truths with a lot of hope”. He described this as “very dangerous”, adding, “It may be that the broker himself may actually believe what he is saying, because he is unlikely to understand the market and its history himself.

The message to retail investors is clear: you can buy carbon credits if you want to offset your emissions, but you should not invest in the hope of making money. Ask a financial adviser if you have any doubts.

Sophisticated investors are less likely to be harmed financially, as it does not take long to uncover some worrying signs. However, until the regulators put something in place to prevent rogue traders from opening up, many more vulnerable but well-meaning investors will continue to feel the full brunt of this dirty scam.