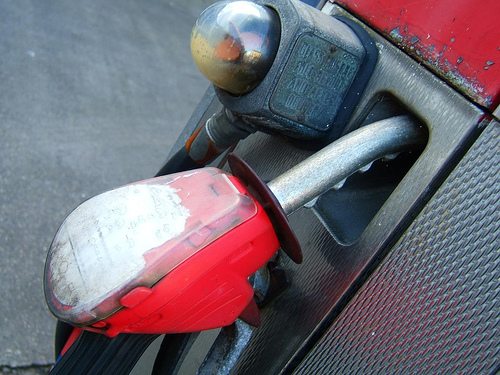 It seems wrong that the Twitter hashtag #dryjanuary even exists in the UK, given the amount of rain and flooding we’ve had this year. It’s been widely used by those giving up alcohol for new year but for James Smith, giving up driving was a far more important step.

I’m a public health doctor so when I look out on the world I see things through this lens. With everything, I am thinking, “Is this making people healthier or, to put it bluntly, are people dying because of it?”

I’ve known for a long time that climate change is bad news and that we all contribute to it. But it’s only in the last couple of years that the scale of it has hit me.

I’ve been particularly struck by the scale and pace of change which we need to have a reasonable chance of meeting the 2C internationally agreed target. One leading expert, Kevin Anderson, has suggested we need to largely decarbonise our energy system by 2030. That’s 16 years away, so before current one-year-olds have left school. It seems incredible; impossible.

Across the world, climate change threatens the most basic needs for health – food, water, shelter – and because of this, we risk massive displacement of millions of people and conflict. So it hit me quite hard when I realised how much change we need to avoid these impacts.

But the more I imagined our low-carbon future, the more positive I became. These changes, as large as they are, are great for us. They’re great for our health and our communities.

In fact, many of these changes are recommended for health. Reducing driving, particularly if replaced at least in part with walking or cycling, is good because increasing physical activity and reducing air pollution help reduce levels of a whole range of medical conditions including heart and lung disease.

Wherever we look, whether at diet, housing or even things like the NHS, there are these climate and health win-wins to be found. Because of this I’ve come to see that our greatest threat could be our greatest opportunity. It’s not impossible; it’s just a big ask. A big ask with a huge reward.

But it’s not that easy to change. We are creatures of habit; our lives are shaped by our environment, and there are huge vested interests for which changing how we live is going to dent profits, most notably the fossil fuel industry. Which brings me to this new year.

Last year, the time when I most acutely felt my responsibility for the horrible things climate change is doing to the world, the deaths now and in the future, was not when I saw the floods, heatwaves and other disasters on the news. It was when I was filling up the car with petrol.

Standing there pumping fossil fuel through my hands, under a symbol of a multinational petrol company. At that moment, I was complicit in continuing business as usual and all the deaths and harms that go with it. I wanted to stop but I needed to get home, do the shopping and take the kids to see their friends.

So this year, I have stopped. I’m trying it. I’m shopping more in town (I’m lucky to live in Cambridge), I’m taking the bus or walking when we visit family and friends and I’m looking at getting a cargo bike.

It’s not been easy. I was a bit nervous when halfway through an hour-long bus ride, my two-year-old started talking about needing the toilet and we felt quite bedraggled when caught in a torrential downpour while walking to the bus.

But we had an adventure and we got some exercise. We finished the day happy. It feels an important small step has been taken. Our next step? #dryfebruary.

James Smith is a public health doctor from Cambridge, UK. These are his personal views and do not reflect the views of his employer. He tweets at @drjnsmith.