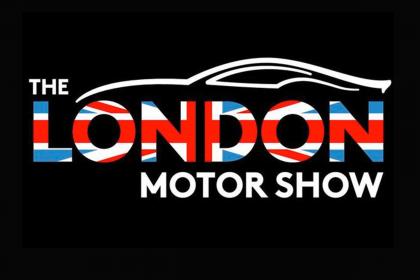 This year’s London Motor Show got underway this week. Visitors attending show will get to see some spectacular developments in the car industry. The latest car from Durham University Electric Motorsport will be among the 130 innovative vehicles on display at the four-day event.

DUEM’s engineering team will be the only university car maker presenting at the world renowned event which takes place from 5th to 8th May at Battersea Park.

Established in 2002, the 50-strong DUEM team is the most established university electric car team in the UK. The engineering highlight of the car is its innovative and top secret in-wheel motor design, which is 98 per cent efficient and powers the car up to speeds of 70mph.

DUEM have custom-designed and manufactured all components for the solar powered car, which was originally designed for the World Solar Challenge (WSC) in October 2015. They opted for a carbon-fibre design that reduced the weight of the car by a third, weighing in at just 200kg (5 metres long and 2 metres wide).

Since returning from the challenge in Australia, the engineers have continued to make the car lighter and more efficient.  The team has redesigned the whole electrical system of the car, moving to a lighter battery pack to improve performance & efficiency.

The team is entirely run by a group of dynamic students alongside their studies. In the last three months, the team has signed six new sponsors. GH CityPrint, Studio Designs Unique, Evonik Industries, Labman Automation, Tufnol Composites and Sevcon are the companies that have shown their support to DUEM.

Tobias McBride, a second year Economics student at Durham University Business School and spokesperson for the team, said: “This is an incredibly exciting project to be involved with. What we are creating is an extraordinary opportunity to showcase the very latest technology, to globally educate about the importance of renewable technology in an environmentally conscious world and to inspire the next generation of those who dare to think differently.

“Our future plans offer individuals and companies unique scope to enhance their CSR attributes and showcase their support of the very latest green technologies. Our project enables connections with the very best student engineers and business minds in the country, and enables them to demonstrate their support of British engineering, ingenuity and innovation to the public in a truly exclusive way.”

Looking into the future, DUEM has ambitious plans to broaden its sponsorship network and maintain a strong existing core of sponsors via regular updates, customising brand awareness and other initiatives to suit particular companies.

DUEM team members will be on hand to answer questions at the show. They will also exhibit at the Science Museum’s Antenna Live Event from 26-28th July, as the team continues to expand their outreach programme, travelling around the country with the car to inspire a different generation of car makers and engineers.