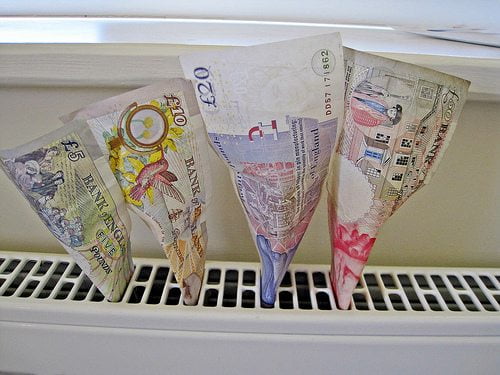 David Cameron’s pledge to ‘roll back’ green levies could in fact cause energy bills to rise, the chairman of the energy and climate change select committee has warned.

The move has attracted criticism from many, including business leaders and the Liberal Democrats, and now Sir Robert Smith, chairman of the energy and climate change committee and Lib Dem MP, has said that such an act would be counterproductive.

In a letter to the prime minister, Smith explains that the government’s targets of establishing an affordable, low-carbon energy system require £110 billion of investment in the industry.

He says he fears that reducing subsidies for renewable energy sources would undermine investor confidence and derail the government’s plans.

“Backtracking on these legally-binding contracts will damage policy credibility, seriously undermine investor confidence and could increase the cost of capital for new energy investments – thus pushing up energy bills”, he adds.

The letter also argues that improving the energy efficiency of Britain’s homes is crucial to protecting consumers from rising energy bills. A number of charities have also said that energy efficiency solutions could provide the answer to Britain’s fuel poverty.

In another letter to the prime minister that was released earlier this week, one of the UK’s leading insulation manufacturers complained that review of green taxes was having a devastating effect on the industry.

John Sinfield, managing director of Knauf Insulation, said, “Solutions to the very real problem of ever rising energy prices have come thick and fast. We have had suggestions of a price freeze, a windfall tax on suppliers, switching, group switching and the wearing of jumpers all thrown in to the mix.

“While some are dubious to say the least, others may be part of a solution, but they cannot be the whole solution. The long-term proposition must include addressing the energy efficiency of our homes – this is the only route which offers permanent savings year on year.”

However, Smith adds that using levies on bills to fund energy efficiency initiatives may not be the most effective strategy, as “is likely to hit hardest those least able to pay.”

According to figures released in October, the UK came second from bottom in a ranking that compared levels of fuel poverty from 27 European countries, bettering only Estonia.