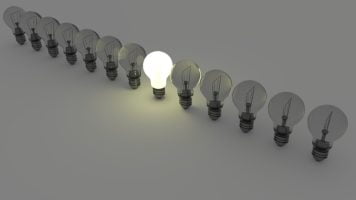 Investor confidence in the UK energy efficiency sector has dropped significantly, according to the latest issue of the UK Energy Efficiency Trends report. Volume 15 of the report, published today, shows a four-year low, with confidence dropping by four points in the first quarter of this year.

High efficiency lighting suppliers can however take comfort from the report’s consumer respondents as they highlighted a 14 point increase in the uptake of lighting technologies in quarter one (Q1) of 2016 over the previous year’s average.

The report showed that supply-side confidence has declined four points and is at its lowest point since 2012, predominantly resulting from a fall in national orders and the government’s management of energy efficiency policy. However, high efficiency lighting is still growing in popularity and has been included in eight out of ten energy saving projects.

It was also noted that the long term trend of lower capital cost projects continued with a average spend of £47k per project, the lowest level during the four-year reporting period and the average payback period has tightened further, now standing at three years.

Ian Jeffries, Director at EEVS, said: “Clearly it’s been a very difficult quarter for suppliers of energy efficiency services. Consumers appear to have tightened their belts of late and not only has this meant declining orders, but those orders made were materially smaller than before.

“Customers are also demanding shorter paybacks from their investments, which must be adding further pressure on the bottom line for many suppliers.

“The exception to this rule was high efficiency lighting, however, which appears to continue on its upward trajectory regardless.”

The report is delivered by a research partnership between EEVS and Bloomberg New Energy Finance, and is supported by Bird & Bird and Bellrock. To download the full report, click here.

New respondents are always needed to complete the survey. The ideal respondents fall into two categories:

– Those responsible for reducing energy consumption within their own organisations

There is no restriction on size of organisation. Those interested in taking part in the next survey can register using this link.