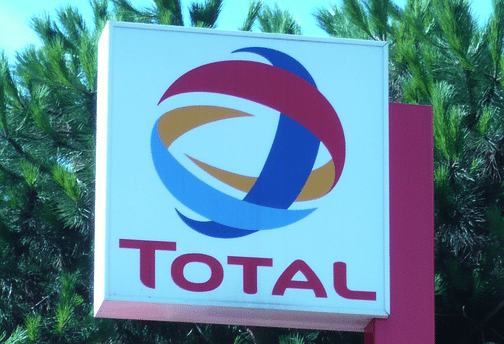 French fossil fuel giant Total is to become the first major oil company to invest in the UK’s shale gas industry, it announced on Monday.

The investment will be welcomed by the government, who have sought to kick off a fracking boom comparable to that in the US by offering sizable tax-breaks to the industry, but has already been condemned by environmentalists.

Under the new deal, Total will spend around $50m (£30m) to acquire stakes in firms with drilling licences in Lincolnshire, anonymous sources told Reuters.

“It’s hardly a drop in the pond really, but the government wants to get shale going and having the big boys in there helps”, said Andrew Monk, chief executive of the resources-focused investment bank VSA Capital.

The government’s enthusiasm for fracking remains despite a number of concerns over the environmental impacts of the controversial process of shale gas extraction.

The process works by blasting rocks with water and chemicals, which then fracture the rocks and release the natural gas contained within them. It has been linked to water contamination, methane leakage and increased risk of earthquakes.

Such concerns have ensured that fracking companies have faced determined protests. In December, campaigners delivered a giant wind turbine blade as a ‘Christmas gift’ to shale gas firm IGas, blocking the entrance to its drilling site in Barton Moss, near Manchester.

From July to October, activists staged protracted protests outside an exploratory drilling site in the West Sussex village of Balcombe. Over 100 people were arrested at the site, including Brighton Pavilion MP and former Green party leader Caroline Lucas. The protestors withdrew only when energy company Cuadrilla announced it would be vacating the site, after it was deemed unsuitable for fracking.

Greenpeace, the campaign group that in October launched a legal challenge to halt what it called “reckless and presumptuous” plans for shale gas extraction in the UK, has quickly condemned Total’s investment.

“Total, a French company who can’t frack in their own country because the French government has stopped the French countryside being ripped up, have now turned their sights on the UK countryside where the UK government seem happy to allow the industrialisation of our green and pleasant land”, said Greenpeace climate campaigner Lawrence Carter.

Jane Thomas, senior campaigner at Friends of the Earth, added, “Fracking is not the solution to our energy problems.

“Experts say it won’t lead to cheaper energy bills and the government admits shale gas and coal bed methane development could have significant impacts on local people and the environment.

“The best way to build an energy system that doesn’t cost the earth is to invest in a comprehensive energy efficiency programme and develop the UK’s huge renewable power potential.”

France is not the only country to have shut out fracking companies, as the Netherlands recently announced a temporary ban. The Dutch government said that no decision would be taken on whether to allow fracking in the country until further research into its environmental effects had been undertaken.