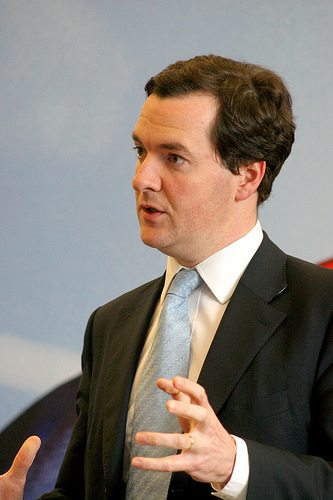 Energy policies fall victim to the law of unintended consequences

Jo Butlin, managing director of energy consultancy Utilyx, discusses the fall-out from the recent announcements from DECC relating to the shake-up of support for the renewable energy sector.

Economists often talk of the law of unintended consequences: when the actions of people and especially of government have effects that are unanticipated or unintended. Never has this law been so true when it comes to energy than in the last couple of weeks.

The Chancellor created shockwaves around the industry by announcing in his Summer Budget that  exemptions from the Climate Change Levy (CCL) were being abolished from the start of August.

The CCL is a tax which is charged on the business use of energy. To date, renewable energy sources have been exempt from the tax and renewable power generators were issues with Levy Exemption Certificates (LECs). These LECs could then be traded to business end users who wanted to reduce the amount of tax they paid by buying green energy.

Whilst some of the consequences of this policy may have been foreseen I suspect they have already gone far beyond what was intended.

The first impact was felt by energy generators. Drax saw a 28% fall in their share price, as investors realised that the price the company could earn from their biomass generators had been significantly reduced. Drax, who said the policy change could cost them £30 million this year alone, are now calling on the government to delay its implementation.

What didn’t make the headlines was that the same impact was felt by all renewable generators who saw proportionate values knocked off their future earnings. Investor confidence, already fragile, took another potentially fatal blow.

Just a week after the budget announcement, energy was in the headlines again when National Grid published its routine ‘winter energy outlook’.

This annual report gives the market supply and demand forecasts for the coming winter. The media headlines focused on the worst case scenario which suggested that the lights could actually go out. The outlook showed that the capacity margin – that is how much more energy could be generated than consumed – had reduced to 1.2%, from 5.1% in the previous year, and approximately 15% a few years previously.

National Grid were quick to smooth the waters, highlighting the demand reduction measures that are in place to mitigate any real danger of the lights going out. However the stark fact remains that whilst the risk is still low, it is significantly higher than any time in living memory and now a real possibility.

The next, potentially unforeseen, consequence of the policy change was the now inevitable increase on large customers’ bills. In the last few years, suppliers have used their ability to discount the price of LECs as a key competitive lever in supplying power to the large industrial and commercial market. More than half of Utilyx’s customers took advantage of these discounts but they may now have to pay the full CCL on all of their energy consumption.

No one knows quite how this impact will play out with existing contracts, but what is certain is that many large consumers will see their bills increase significantly. For example, one of our large retail customers will now see an unplanned increase to their energy costs of almost £1m a year – inevitably putting increased strain on their already tight margins.

It is clear that investors, generators and consumers need stable regulatory frameworks in order to plan for the future and build the new generation infrastructure which the UK desperately needs.

We’ve seen that shock policy announcements undermine stability creating a hugely disruptive impact on the whole renewable energy market – across both generators and business users. Whilst policy change may help balance the books for UK plc, it may also seriously undermine our ability to provide secure and affordable energy over the next five years.

That is surely the most damaging and unintended consequence of them all.