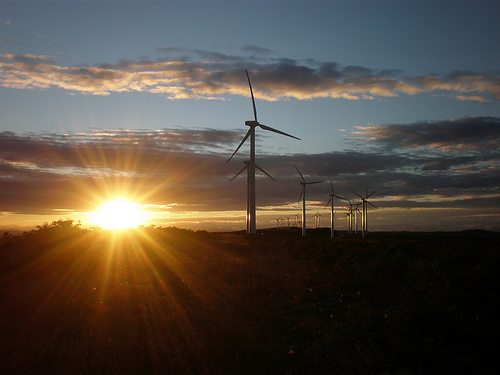 Yesterday’s news that a record number of customers had switched energy supplier in November is welcome, on the face of it. It remains to be seen whether this will actually benefit consumers or whether it represents a shuffling of multiple bad choices, leaving the UK hooked on fossil fuels.

A market where the majority of players can raise prices significantly ahead of inflation with impunity, without seeing a net loss of customers, is a dysfunctional one. While the industry body, Ofgem, is unwilling to label the situation a cartel, what looks, smell and feels like a cartel is probably a cartel in all but name.

Some 614,000 customers may have secured an immediate benefit in switching but in a market where all prices are rising, the reprieve will be short-lived.

As fossil fuels become harder to acquire, generally more scarce and competition from emerging economies increases, we will be subject to rapidly increasing prices. The lights will go out. This is unsustainable.

The only alternatives are to reverse our commitment to a low-carbon economy, inflicting on the population a growing balance of payments deficit, massive health problems and runaway climate change on future generations.

We can go for nuclear, but this most subsidy junkie of energy generators will take at least a decade to start generating the megawatts we need today.

We could go for hydraulic fracturing, or fracking, of the huge shale gas reserves under our crowded island, but even its own industry leaders say this will not reduce energy prices and the resultant gas will be sold globally on the wholesale market. A market where we have to compete with energy hungry China and India.

But nailing our blue and green colours to the mast, we could commit the billions we will spend subsiding nuclear and cleaning up the resultant waste, the billions we already subsidise fossil fuels with and the generous tax subsidies fracking is already demanding, and build a truly sustainable energy policy and world beating industry.

We have several of the largest tidal ranges in the world (tidal power). We are next to one of the most violent seas on Earth (wind and wave). Regardless of reputation and cloud cover, the sun hits the UK every day of the year (solar). While an economic challenge today, the Earth is always hot beneath our feet (geothermal). And while we exploited most of our river capacity in the 1950s and 60s, small scale hydro could double its share of UK energy production – ideal for those kettle-on surges (hydroelectricity).

A combination of all six, when coupled with effective energy storage, would mean we have the baseload we need, and the capacity to deal with sudden surges.

The other side of the coin is to reduce energy usage. Insulating every house in the UK, and ensuring shops and businesses power down when out of use, would cut demand and mean we need less energy for the same level of economic activity.

Critically, all of this would stabilise and then reduce energy prices. Communities could own their own energy generation in small-scale schemes. Being a net producer of energy would bring valuable income to communities facing a cost of living crisis.

A bold, imaginative and future-looking government would embrace emerging clean technology and innovation. Such a shift in policy would be a spur for economic renewal, sustainable growth and a victory for hard pressed families and businesses.

If every community was a power plant and if the rivers, tides, waves, winds, sunshine and Earth’s natural heat were captured, we would not need risky and punishingly expensive nuclear, or invest in unproven fracking.

It’s neither idealistic nor naive, but instead, the kind of vision our country needs. It also represents a fantastic investment opportunity. This is the kind of switch we need.

Jennifer Granholm, former governor of Michigan, on how to fix the planet with clean energy