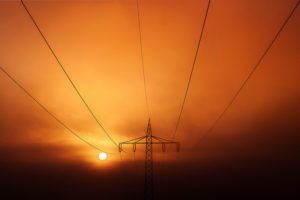 According to a new report by the Energy Technologies Institute (ETI), by 2030 small modular reactors (SMRs) could be in use in the UK and the Government has an imperative role in fostering early investor confidence.

“Preparing For Deployment of A UK Small Modular Reactor By 2030” examines what needs to take place to support the potential first operations of a SMR in the UK.

The report says that a credible integrated schedule can be achieved if action is taken to create investor confidence through the development of a policy framework which progressively reduces risks for an SMR developer.

The detailed study has also re-assessed the technical viability and cost impact of deploying SMRs as Combined Heat and Power (CHP) plants, rather than for just power generation. It again highlights the economic benefits of extracting low carbon heat for supply to district heating networks.

Due to their smaller size and easier siting SMRs offer flexibility and could deliver low carbon heat into cities via hot water pipelines up to 30km in length. This flexibility opens up new potential sites and can help to decarbonise energy use in buildings.

Therefore consideration should be given to the concept of deploying SMRs as “CHP ready”, even if there is no firm local demand for district heating systems at the time of SMR deployment. This is because the additional costs are small and the potential future revenues large, bringing benefits to both consumers and SMR operators.

One of the benefits of SMR technology is that they can be built to a standard design in factories before being assembled on site. This standardisation has the potential to accelerate cost reduction through the economy of multiples.

The ETI report says that a range of locations have the characteristics for potential early deployment of UK SMRs, including a number of sites potentially suitable for a UK First of a Kind SMR.

“Our analysis shows that it is possible to have a first of a kind SMR operating by 2030 if SMR developer(s), SMR vendor(s), Government and regulators work together in an integrated programme.

“Creating the right environment for increasing investor confidence is critical if this schedule is to be met; there will be a key role for Government in the first five years of any such programme to deliver an SMR policy framework which progressively reduces investor risk.

“We have carried out further design and cost assessments which reconfirm the attractiveness of deploying SMRs as CHP plants linked to district heating systems identifying further carbon savings and cost benefits.

“If SMR designs can combine standardised production in factories with developer options for heat take-off and cooling systems then there are two benefits. Firstly, these options can increase deployment opportunities which can further reduce unit cost; secondly it is not necessary to reassess the design or reconfigure the factory production process to deliver these options and again this reduces downstream deployment costs.”

“Our work has also identified a range of sites with the right environment to facilitate early UK deployment of SMRs, with a number of them being potentially suitable for a first of a kind. But it is important to take a strategic approach to managing potential sites because of the limited number of sites suitable for large reactors in England and Wales.”

The latest ETI report follows the publication of “The role for nuclear within a low carbon energy system” last October which can be found at: http://www.eti.co.uk/the-role-for-nuclear-within-a-low-carbon-energy-system/