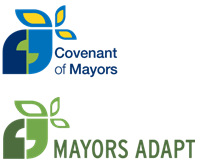 Hundreds of city representatives attended the launch on 15 October in Brussels of the new and integrated Covenant of Mayors for Climate and Energy, less than two months ahead of the COP21 international summit in Paris.

Since 2009, some 6,500 local authorities have committed themselves to meeting the European Union’s 2020 CO2 reduction objective. As part of the “new and integrated Covenant of Mayors for Climate and Energy”, signatory cities will pledge action to support implementation of the new 2030 EU targets, a joint approach to tackling mitigation and adaptation to climate change, and the extension of the initiative to a more global scope.

Three new pillars: 2030 horizon, integration of mitigation and adaptation and the international dimension

Last summer, the European Commission launched a consultation process with the support of the European Committee of the Regions to collect cities’ views on the possible orientations of a new Covenant of Mayors. The response was unanimous: 97% called for a new target beyond 2020. The majority also endorsed the 2030 objectives for a minimum 40% CO2 reduction, for a 27% increase in energy efficiency and renewables, and for the integration of mitigation and adaptation to climate change under a common umbrella.

“The response to climate urgency can also become an opportunity for local development, job creation and the emergence of a new societal model,” said Mayor of Nantes Johanna Rolland, whose city plans to reduce emissions by 50% by 2030.

Mayor of Ghent Daniël Termont shared his city’s political objective to become “a climate-proof city by 2030, prepared for precipitation extremes, droughts, heat-stress and sea-level rise.” The COP21 host city was represented by Deputy Mayor of Paris Patrick Klugman, who also shared Paris’s experience with his peers. Paris has just adopted its climate-adaptation roadmap and plans to create 100 hectares of green roofs by the end of the mayor’s political mandate. On the energy front, Paris is on course to power all municipal buildings with green electricity by 2016.

The Covenant of Mayors has introduced an institutional novelty in the European policy landscape by encouraging local leaders to voluntary support the implementation of EU-adopted targets.

Commissioner Miguel Arias Cañete welcomed this “bottom-up approach, which has worked so well in Europe”. He emphasised that the Covenant of Mayors is already the “world’s biggest urban climate and energy initiative” and a European success story to be exported on the road to Paris.

Echoing the Commissioner’s remarks, Mayor of Heidelberg Eckart Würzner pointed out that with over 200 million citizens represented through local council commitments, the voice of the Covenant of Mayors could not be ignored ahead of and beyond the COP21 meeting.

“Opening up the model worldwide offers an opportunity to allow cities and regions across the globe to collaborate, share ambition and set the future agenda on climate change,” added Committee of the Regions President Markku Markkula.

COP21: Thousands of city commitments to be showcased on UNFCCC platform

In the context of this new global dimension, the Covenant of Mayors has just become an official data provider of NAZCA, a United Nations Framework Convention on Climate Change (UNFCCC) platform that showcases the commitments of non-state actors on the way to the COP21. “The Covenant of Mayors is by far the largest data set to be integrated into NAZCA”, said UNFCCC Chief of Staff Daniele Violetti, who encouraged the cities to continue their important work beyond Paris as a “solid way of supporting the international response to climate change”.