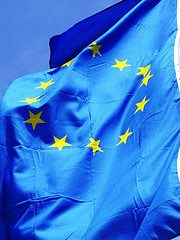 EU supports a full phase out of emissions, but falls short of action to achieve it

The EU’s negotiating position for the global climate talks in Paris in December, adopted by its Environment Ministers today, calls for climate neutrality  – a full phase out of all greenhouse gas emissions. At the same time, it falls short of providing details on the EU’s contribution to achieve this.

The EU’s 28 environment chiefs stuck to the target of 40% cuts in emission reductions by 2030 agreed last year. This level is not in line with the science for keeping global warming below 2°C and does not reflect the EU’s historical responsibility, said Friends of the Earth Europe. The group says that by saving energy and backing a renewable energy system with people at the centre Europe can achieve much greater cuts in emissions more quickly.

In reaction to the conclusions of the Environment Council adopted today, Wendel Trio, director of Climate Action Network Europe said: “The call for a phase out of emissions from all the EU Member States is an important signal that the EU still wants to reach a meaningful Paris agreement, which should provide an action plan for a transition to a fossil fuel free economy. The unanimous decision to end carbon pollution is what we expect from leaders at a time of a climate crisis. However, if we are to tackle climate change before it spins out of control, the EU needs to support its allies in the developing countries in their pledge for completing this transition by the middle of this century.

Susann Scherbarth, climate and energy campaigner for Friends of the Earth Europe, said: “This is not a promising sign for an international climate agreement. EU bosses have said today they want to be dealmakers at the climate talks in Paris, but they have not said they will take the action necessary to make it an adequate and fair deal.

“With today’s decision ministers have stayed on the side of the fossil fuel industry when they could have signalled their willingness to save energy and replace our energy system with a clean, renewable one led by people.

“The clean energy transformation is already happening all across Europe led by people and communities – today’s decision shows the EU’s so-called leaders are failing to even follow.”

Outside the meeting in Brussels, climate groups staged a symbolic ‘tug-of-war’ between polluting fossil fuels and renewable energy. They called for EU governments to join the side of citizens and build a 100% renewable future.

Wendel Trio of CAN went on: “We welcome the fact that the EU continues to call for a binding and transparent international climate regime. However, at the same time its negotiating position has blind spots which undermine the EU’s leadership role in climate negotiations.

“EU Ministers failed to provide details on how they will scale up climate action, so that the transition to the fossil fuel free economy happens at a scale and pace needed to avoid the worst consequences of climate change. They did not specify what additional measures the EU will take before 2020, when the Paris agreement comes into force. We do not have clarity on how and when the EU will increase its 2030 climate target, which does not represent its fair share of the global effort for tackling climate change.

Finally, the Ministers failed to provide clarity on what the EU has to offer to developing countries in terms of provision of climate finance for empowering them in their efforts to tackle climate change as well as support for adaptation and loss and damage”.