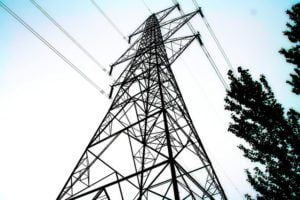 Commenting ahead of reports this week from National Grid, on UK electricity margins for this winter and on future energy scenarios, Hugo Chandler, Director at New Resource Partners, said that National Grid has the tools to address concerns over generation-related blackouts.

“There’s been a lot of crying wolf over blackouts given that the UK has only seen one in the past 10 years that was due to issues with generation. Just for comparison, transmission and distribution faults cause around a quarter of a million power cuts across Britain every year. And although people get quite excited over grid management measures such as NISMs, the reality is that they’re needed much less frequently than in the past,” he said.

“National Grid has the tools to tackle the tight margins this winter, but that doesn’t mean we should hold off investing in cheaper, smarter and cleaner ways of balancing the grid right now. The immediate opportunity lies in demand-side response, which the Government and big consumers want but which isn’t yet properly incentivised. Ultimately demand response means fewer new peaking plants, avoiding the price tag that comes with that and less of a burden on bills for consumers and businesses.”

“The UK, like almost every other major economy, is on a journey from an old-fashioned baseload-heavy system to a more flexible, cleaner future.

The UK lacks a clear plan for getting from A to B, and stability and clarity are paramount right now.

The capacity market is a short-term fix, but energy infrastructure has a long lifespan and the UK needs to start building a smarter grid now to keep bills and carbon emissions down,” she said.

“Energy business leaders and investors need to have confidence in the coherence and longevity of the overall package of what is proposed. Such a strategic approach would see us emerge from this transitional period into a future where subsidies are no longer needed and flexible technologies compete in a free market economy; muddling through and back-tracking will not.”

“If we’re going to continue having a reliable electricity system in this country, there’s a real need for government to give investors long-term clarity. Unfortunately, we’ve had several years of disjointed and incoherent policy, and the referendum has rocked an already unsteady boat,” he said.

“It’s very unlikely that the lights will go out this winter, but we’re dealing with a lot of old, creaking kit and the Government needs to start taking strategic decisions if we’re to replace it in a sensible manner. The aim must be to ensure we’re building a clean, smart power system that’s fit for the 21st Century, and all policy measures need to start pointing in that direction.

“The National Infrastructure Commission and the Energy UK Pathways 2030 report both support smart grids, battery storage and demand side management. What we we need now is a coherent energy policy to these, otherwise we’ll continue to stumble from one short-term stopgap measure to another – which will inevitably push costs upwards.

“Hinkley remains the wrong technology and is hugely expense – a bad deal for consumers and businesses alike. The Government should end this tortuous process and instead focus on wind, solar, storage and demand side management.”